Two point eight billion people do not eat well, or worse, do not get enough nutrients, meaning they are under-nourished; in some parts of the world, up to half the population is obese or overweight, or over-nourished. The bottom line is that the human being does not even know how to eat. 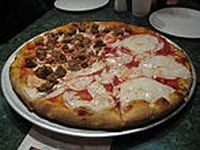 The Old Testament starts with the story, or the parable, of the forbidden fruit, which as it happens is an apple, perhaps the healthiest of fruits; the Jewish dietary law, or Kashrut, dictates that blood must be removed from meat before it is eaten and that certain foodstuffs are prohibited: pigs, rabbits, lobster, shrimps and clams.

The New Testament is fraught with contradictory passages about eating meat or abstaining; the Qu'ran states clearly that eating meat from a dead animal is forbidden and the animal providing the meat must be slaughtered in a ritual by a human, setting out clearly the Haram, or meats which cannot be consumed, such as pork and birds of prey and questioning other sources of nutrition, the Mashbooh. In the Orthodox religion, the Great Lenten Fast is an important part of the religious custom practiced by the faithful, while Hindus, Buddhists and Rastafarians practice a vegetarian diet.

The point is that nutrition and diet - what we eat - has been under discussion since the very beginning of human civilization, so much so that it is a fundamental part of scripture, religious law and popular lore. So where did we go wrong? Since 1980, obesity rates have doubled worldwide. 35% of adults aged 20 and over are overweight, 11% are obese. In 2013, 42 million children under five years of age were obese or overweight. Around three and a half million people die each and every year due to being overweight or obese.

Excess weight and obesity and the ensuing lifestyle accounts for 44 per cent of diabetes cases, 23 per cent of ischaemic heart disease and a substantial number of cancer cases (the statistics range from between as low as 7 per cent and as high as 41 per cent).

And why? Because families these days are fuelled by two breadwinners, because the lady of the house is no longer the housewife with time to shop and cook, and because more and more, the labor and human rights gains of yesteryear have been swept off the table by Fascist policymakers. More and more, and increasingly in western/industrialized countries, the family meal is a thing of the past: in some countries it is estimated that 80% of families do not have a family meal at the table, but rather, each one comes home with a different packet of frozen fast food to throw in the microwave and consume in front of a computer screen, each one in a different room.

No wonder society is breaking down. And it is a vicious circle. Needless to say, among the lobbies pulling political strings are the weapons lobby, the energy lobby, the banking lobby and the pharmaceutical lobby. The one nobody hears about is the meat/nutrition lobby and the closer you get to animal-based protein, the more powerful the lobby becomes.

Fast food outlets are the visible tip of this iceberg, the bottom of the same is coffins and graves and the situation has the tendency to skyrocket, meaning that while everyone understands that we are what we eat, few put the pieces of the puzzle together and comprehend that if we continue on this path, each and every family is at risk of a human health catastrophe.

What we are sold is, in some cases, an outrage, or in other words, a crime. Some packets of processed food should carry a public health warning like packs of cigarettes. True, consuming one packet of processed soup, for instance, is not dangerous, but what happens if a person drinks an instant soup daily? Or eats processed meat over a period of twenty years?

The calories, vitamins, minerals, proteins, carbohydrates and fats that people need can easily be obtained from vegetable sources. These tend to be more devoid of harmful chemicals, growth hormones and other unnatural substances, and the more so, the more natural and biological they are. And as a consequence, less harmful for the health.

The conclusion is the closer to Veganism the Human being becomes, the more likely (s)he is to have a long life, a happy life and a productive one. Eating animal protein today is in many cases paramount to filling the body with unwanted and dangerous chemicals. Obviously, the "meat lobby" is all about controlling us by conditioning what we eat and telling us that Veganism is dangerous.

How many Vegans die of obesity?