The prisons of the international community

The international community has created in the last six decades various open space prisons, through its silence, the implicit complicity, the silent diplomacy. These open-air prisons are an excellent market for all enterprises, institutions and organizations that enrich at the expense of humanitarian aid. 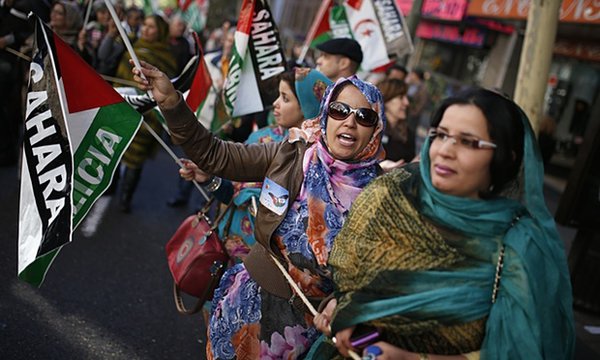 Humanitarian aid such as rice, corn and soybeans also helps to manipulate the stock market.

The number of people forced to leave their homes because of war or persecution exceeded 50 million in 2013 for the first time since the Second World War, according to UN refugee agency data.

The detainees in these open air prisons, known as camps or "neighborhoods" of refugees,  have committed no crime, are born, live and die away from their homelands, suffer legal restrictions that limit their access to education, health care and job opportunities. The economic and social situation is almost absolute dependence of international organizations and NGOs (nongovernmental organizations).

Who profits from these camps?

Apart from the obvious question that they are a result of conflicts over produced in the "1st world" for the "3rd world" or "developing countries", conflicts with origins are economic  and geostrategic interests, political alliances, and the desire of hegemony from the NATO countries, as well as the absolute control of natural resources.

Food aid are often part of a vicious cycle in which the foodstuff originates in the occupied country, as in the case of Western Sahara which has one of the largest and richest fishing grounds in the world, but is explored by the illegal occupant, the Kingdom of Morocco and its partners in the European Union through the fisheries agreement. In this case the evil is more than evident when countries like Spain (responsible for the abandonment of the colony without finishing the decolonization process) fishing in Saharawi waters benefiting only the Kingdom of Morocco, and afterwards  sell or donate cans of tuna / sardines originating in occupied Western Sahara to Saharawi refugees in the refugee camps in Tindouf, southern Algeria.

It is expected that the Saharawi refugee are thankful for the tuna / sardines that was stolen in their country.

Aid is a source of dependence, on the one hand it kills the immediate hunger (sometimes not even that) but it is intended to seek to maintain the refugees "calm".

Surely if there were no "humanitarian" aid, the situation would become unsustainable and would lead to the resolution of the various conflicts in ways that would be uncontrollable by the "international community".

The existence of aid, however bad it is, leads to the perpetuation of the camps, which over time change from camps to small clusters of islands and more or less permanent infrastructure. Thus perpetuating the stay of refugees rather than to resolve conflicts so that they can return to their homeland. Again the case of Western Sahara is a living example of this reality.

The conflict in Western Sahara is crystal clear, Spain continues to be the administrator "in jure" (before the law) is the last colony in Africa and should have held a referendum in 1991/92 which has been postponed sine die by Morocco with the complicity of the international community.

In this case, in addition to the refugees in the camps in Tindouf, we have the population in the occupied territories kidnapped and imprisoned, victims of an social, political and economic apartheid, under the Moroccan occupation in a territory controlled by military and police who maintain a state of terror, pursuing kidnapping, torturing, raping and imprisoning the Saharawi population as they please.

Having all the tools and framework for resolving the conflict and end the occupation of Western Sahara the international community prefers to keep silent and send "humanitarian aid" and food for the refugee camps, leaving however to the mercy of the occupier the Saharawi citizens in occupied territories and forcing the Saharawi in the diaspora to beg employment and residence legalization in Europe. The same Europe that imposed its presence and nationality during colonization.