Why is it that whatever the West touches rots to the flesh within seconds? Why is it that the West always manages to choose the wrong side, the side of terrorism, dictators, Fascism, lobbies, forces which oppresses the people, holds them down and makes their lives misery? Welcome to Libya which the West destroyed in 2011, without any consequences. 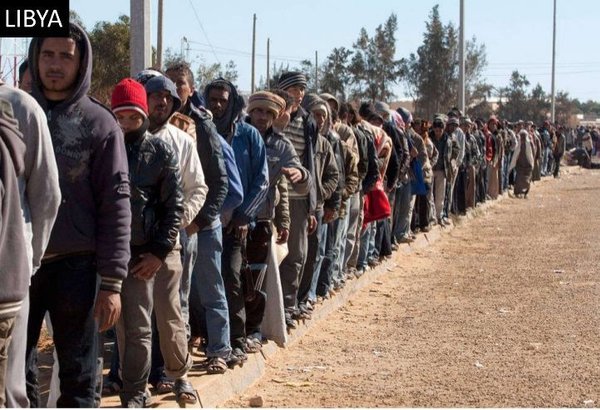 The events of 2010 are well known. The French installed themselves in Benghazi, which had long had separatist tendencies away from the capital Tripoli to the west and the plans were drawn up with the other willing members of the FUKUS Axis (France-UK-US). And on cue in 2011 with the eastern and western borders secured in Tunisia and Egypt (two other countries rapidly spinning out of control), Hillary Clinton, David Cameron and Nicolas Sarkozy gave the nod to the involvement of their countries in the internal affairs of a sovereign nation, using terrorist forces on their own lists of proscribed groups. Not one of them has been hauled before a court of law, meaning that the legal systems of the United States of America, the United Kingdom and France are travesties of justice, their proceedings flawed and their due process partial, subjective and unconstitutional.

And so the most prosperous country in the African Continent, the country with the highest Human Development Index in Africa, the country whose leader Muammar al-Qathafi was to receive a prize from the United Nations Organization for his humanitarian projects, the country with the best women's rights in the Arab World, the country which donated millions to pan-African development projects such as e-learning and tele-medicine, was blasted back to the dark ages by warplanes firing at government soldiers who were fighting terrorists.

What sterling work by Hillary Clinton, David Cameron and Nicolas Sarkozy, a sorry trio and Heaven forbid if Hillary Clinton gets anywhere near the Presidency.

Four years on, ordinary Libyans are unable to travel from one end of their country to the other, most are unable to leave the confines of the city in which they live. Gone are the social benefits of the Jamahiriya which provided services at heavily subsidized costs or for free.

Ten per cent of the population is classified as internally displaced, people are dying of hunger in the streets and to date there has been no legal process undertaken against the monsters who colluded with Hillary Clinton, David Cameron and Nicolas Sarkozy during the so-called "Rebellion" which was in fact an act of terrorism in which children were impaled on stakes, women had their breasts sliced off them in the streets and society was destroyed. Today, Libya is crawling with Islamic State operatives.

Where was the Security Council?

Where was the Security Council, where were the lawmakers when forces loyal to Obama/Clinton, Cameron and Sarkozy breached the UNSC Resolutions, breached the UN Charter, breached international law, breached the Geneva Conventions and committed acts of murder while supporting terrorists?