I hereby present evidence of NATO war crimes in Libya against international legally binding agreements, presenting the facts and allegations open for investigation by the competent bodies; in the name of humanity I request those with powers to take this one stage further, confirming that Humankind has reached an acceptable level of civilization. 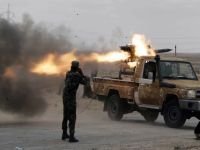 I allege that the North Atlantic Treaty Organization has once again breached international law and has committed war crimes in Libya. The international community has the duty to take this matter seriously, investigate the allegations and begin legal proceedings to bring those accused before due legal process and justice.

I hereby present a report of several instances of war crimes and breach of international law by NATO in the current conflict in Libya in 2011.

1. Article 3 of the Statute of The Hague International Penal Court states clearly that one criterion for indictment for war crimes is:

NATO's continuous use of civilian targets for military purposes, a scenario which this military organization wantonly and callously calls "collateral damage", fits this clause exactly and would be the cornerstone of a case accusing this organisation of being guilty of war crimes;

2. Another clause of the same Article 3 could also be used:

NATO is hereby accused of taking sides in a civil war inside Libya, moreover there are indications that this is a civil war started by NATO member states:

3.1 There is evidence that armed groups fighting inside Libya include the Libyan Islamic Fighting Group (LIFG) which according to the British Government: "The LIFG seeks to replace the current Libyan regime with a hard-line Islamic state. The group is also part of the wider global Islamist extremist movement, as inspired by Al Qa'ida. The group has mounted several operations inside Libya, including a 1996 attempt to assassinate Mu'ammar Qadhafi" and for which reason is on the Home Office list of proscribed terrorist groups (1);

Why then is NATO supporting this terrorist group and others in an internal conflict?

4. Under the UN Charter, Chapter VI, Article 33, member states must "seek a solution by negotiation, enquiry, mediation, conciliation, arbitration, judicial settlement, resort to regional agencies or arrangements, or other peaceful means of their own choice".

Did NATO do this in the case of Libya? No, it used a false flag event, namely the massacre of civilians by "rebel" forces (the allegations must be investigated) (2) (3);

5. Under the UN Charter, Chapter VII, Article 46: "Plans for the application of armed force shall be made by the Security Council with the assistance of the Military Staff Committee". Such committee was never convened.

This is a violation of the UN Charter rendering Resolutions 1970 and 1973 (2011) void, as indeed rendered also the reaction from NATO after the above-mentioned false flag events;

6. Chapter VII, Article 51 refers to the right of States to defend themselves against armed insurgency:

"Nothing in the present Charter shall impair the inherent right of individual or collective self-defence if an armed attack occurs against a Member of the United Nations, until the Security Council has taken measures necessary to maintain international peace and security. Measures taken by Members in the exercise of this right of self-defence shall be immediately reported to the Security Council and shall not in any way affect the authority and responsibility of the Security Council under the present Charter to take at any time such action as it deems necessary in order to maintain or restore international peace and security"

in which case NATO had no reason to attack the Libyan Arab Jamahiriya;

7. NATO's remit in Libya comes under UNSC Resolutions 1970 and 1973 (2011) which, summarised, concentrated on no boots on the ground in Libya among NATO forces and this is not the case - in the recent battle of Al-Brega, hundreds of French and British troops are alleged to have been caught (pending investigation);

8.  Without any formal declaration of war, NATO's strikes against civilian structures come outside any possible conditions imposed by rules of engagement, in which case the armed attack against a civilian residence occasioning the murder of Muammar al-Qathafi's son Saif al-Arab al-Qathafi and three of his grandchildren would occasion a case for prosecution; furthermore other strikes against structures where Muammar al-Qathafi was alleged to have been would constitute cases for prosecution for attempted murder;

9. Violation of the Geneva Conventions by NATO: Under the Geneva Convention IV, Article 3 (a): "To this end the following acts are and shall remain prohibited at any time and in any place whatsoever with respect to the above-mentioned persons: (a) violence to life and person, in particular murder of all kinds:"

10. The Chemical Weapons Convention (CWC) prohibits the use of chemical weapons. Therefore it is imperative to investigate the allegations that NATO used phosphorous in the battle of al-Brega between July 17 and July 24 2011.

For which I also call upon the UNO and the Member States party to its Charter to end the current conflict in Libya immediately as of July 24 2011 and for the proper institutions for crisis management to be used, as it was intended in the UN Charter.

Author's note: In the absence of any action by any member state of the UNO or any legal institution or entity, the author reserves the right to take this issue up with the international community.