The deep racism of imperial intervention

Racism in western societies is often spoken of as something involving simple discrimination or prejudice. Yet the most profound racism has always been generated and sustained by imperialism, including colonial rule and, in the post-colonial era, imperial intervention. 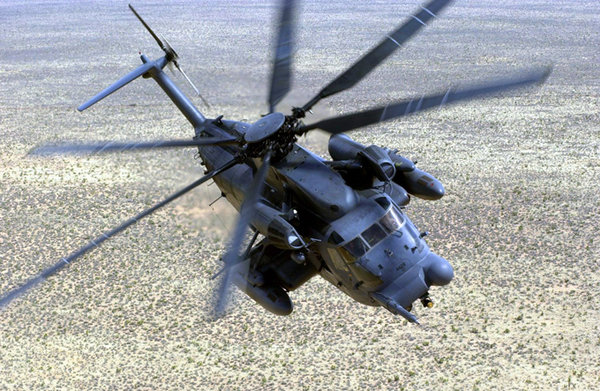 Denying the very existence and integrity of other peoples requires ideologies of systematic exclusion and dehumanisation. That denial is implicit in every coup, proxy war or invasion, under whatever pretext, carried out either for 'regime change' or to divide and weaken those peoples not well embedded in the imperial orbit.

The new pretexts often have to do with the 'protector' role of the empire, including protection against great crimes and genocide. Yet history tells us that it is almost always imperial interventions that generate those same great crimes. Rafael-Lemkin, the Polish-Jewish lawyer who invented the term 'genocide' spoke of it as a 'recurring pattern of history' by which empires displaced and wiped out entire peoples.

The deep racism of imperial intervention and war renders as illegitimate, non-existent and worthless entire peoples and their cultures, values and social organisation, including nation-states and alliances. The aim is to create a cultural void into which the imperial powers can step as protectors and saviours, hiding their own strategic and material interests. At best the subordinated peoples are seen as victims, refugees or individuals to be assimilated, never as independent peoples with their own voice and their own forms of social organisation.

This is not simply a matter of capitalist logic. Marxists, following Lenin, placed too much emphasis on the financial determinants of contemporary imperialism, saying it was based on the need of financial monopolies to export capital. Yet the USA, leader of today's imperial cabal, is a massive importer of capital. Contemporary imperialism maintains many features of the more ancient systems of domination, including the 'civilising missions' set up to subdue and divide the various 'barbarian' cultures.

After more than a century of such interventions, Latin Americans found some protection from intervention through a series of regional agreements - the ALBA, UNASUR and CELAC - all led to fruition by the late Hugo Chavez. Now they mostly resolve their own conflicts.

However the big powers remain deeply engaged in a series of wars of reconquest in the Middle East, dressed up in 'new-speak' designed for the post-colonial era.

Since Baghdad has once again proven itself an unreliable client state, and as Damascus will not surrender, the imperial 'Plan B' is to lay the groundwork for the 'balkanisation' of both countries though separate deals with the Kurds, Sunni groups, the Iraqi Shia, the Syrian Druze and the Alawis. Ethnic cleansing of Arab Christians by the empire's proxy armies is consistent with this plan. Fragmentation of the region into sectarian statelets might also help soften the illegitimacy of the Zionist regime.

Yet, as always, there is imperial logic and there is resistance. The Kurds may collaborate with this partition, but the Druze and the Shia will not. Baghdad is slowly building good relations with its neighbours Iran and Syria. And pluralist Syria still exists, with a coherent national army.

Imperial power maintains its focus on the exclusion of perceived rival powers, fearing the influence of Russia and China, and of a re-configured Europe. Yet the greatest threat to the 'New Middle East' is that the peoples of the region, sooner or later, will come together in an anti-imperial alliance.

None of these schemes have anything to do with international law. Imperialism always practices double standards. Indeed, most of the core imperial collaborators practice their own versions of 'exceptionalism'. International rules are said to not apply to these 'special' nations.

That is why imperialism requires and generates deep racism. 'Civilising missions' continue, rebadged as campaigns to rescue peoples from their own 'brutal dictators', from Venezuela to Ecuador, from Libya to Syria. Ordinary people in western cultures adopt those slogans, imagining that they too can be the saviours of other peoples from their barbarian systems.

Even where western peoples do not support invasions or proxy wars, they often pretend to support the victims of conflicts caused by their own governments, while attacking the peoples, states and alliances which resist those wars. In the case of Palestine, Syria and Iraq, western liberals often see themselves as rescuing individuals and groups, without opposing the ethnic cleansing, partition and destruction of entire nations, practised by their own governments.

Westerners can celebrate the dissident Jews and conscience-struck imperial soldiers of these new wars, but not the Palestinian militia, the Lebanese Resistance and the Syrian and Iraqi soldiers, facing the proxy Islamist armies sent in by NATO and the oil-rich Gulf despots. They criticise Washington, London, Paris, Tel Aviv, but do not cross the invisible lines that prohibit support for The Resistance. They shed tears for the refugees and displaced peoples. There is a place for this within the new civilising missions.

I have stressed the racist side of imperialism here because, as with petty apartheid in South Africa, there is the risk that opposition to petty racism may be seen as absolving the peoples of imperial cultures from their responsibilities to confront and oppose their own countries' deep racism, most profoundly generated by imperial war and intervention.

Colonisers cannot lead de-colonisation, and those from imperial cultures cannot lead the resistance to imperial intervention. But they can go beyond petty criticism to reject this deep racism by recognising and supporting the Resistance.