Destroy the Bolivarian Revolution, the goal of imperialism

U.S. imperialism (with the support of the governments of the UK and France) is on the offensive on two fronts. Obliged by Russia to back down in Syria, it launches attacks in Ukraine and Venezuela. In Ukraine, Washington's support to forces engaged in toppling President Iakunovitch was conspicuous. In Venezuela, the U.S. strategy is more subtle. The Embassy in Caracas and the CIA have played an important role.

The initial project to deploy a chaotic situation in the country failed. Calls for violence by Leopoldo Lopez which took insurrectionary an character on 12 February had the response they deserved from the armed forces and masses, solidary with the Bolivarian revolution. The crimes committed by far-right groups have raised such popular revulsion that Capriles Radonski - defeated candidate for the Presidency of the Republic - chose to distance himself from Lopez and his people, but calls for new "peaceful" demonstrations. The coup attempt using force having been frustrated, the effort to destabilize the country continued, but the project for seizure of power has changed. The government now defines it as "a soft coup d'état." 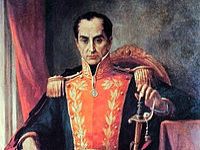 A disinformation campaign, involving the mainstream media in the U.S. and the European Union, broadcasts daily images of a Venezuela where violence has become endemic, peaceful demonstrations would be suppressed, the scarcity of essential commodities increases, inflation soared and the economic crisis deepens.

They conceal the reality. Those who promote violence are the extreme right, which set fire to Mision Mercal stores that sell goods at reduced prices to people, those who plunder supermarkets are the neo-fascist opposition that presents itself as "democratic", these are the ones who are sabotaging the economy and organize the hoarding of essential products.

In the state of Tachira, paramilitary terrorist groups coming from Colombia are sowing terror, forcing President Maduro to decree a state of emergency there. It is significant that the Venezuelan ambassador in Lisbon, General Lucas Rincón Romero, has felt the need to issue a statement to clarify that the international media almost exclusively publish statements of the opposition that grossly misrepresent the events of his country. The Bolivarian Revolution today faces an economic war - the expression is by Maduro - which is simultaneously a psychological, political and social war.

In this context, the President of Venezuela, warning his people about Washington's complicity in the assembly of a "coup" denounced involvement in conspiratorial activities of the opposition by three consular officers of the United States, and ordered their immediate removal. Also reacting to the anti -Venezuelan campaign on CNN, he accused that TV channel of promoting a "schedule of war."

How does Barack Obama react? With hypocrisy and arrogance. He did not mention the episode of the expulsion of diplomats, but asked Maduro to release the arrested leaders of the opposition. As it is usual with him to invoked humanitarian principles in his rhetorical, respect for human rights, democratic dialogue, those things which the U.S. violates with its policy of state terrorism.

He only failed to mention explicitly Leopoldo Lopez, the leader of the days of violence that caused death and destruction in Caracas and other cities.

Republican Senator John McCain, former candidate for the White House, went further than Obama. In a BBC interview with shamelessness he suggested a direct military intervention in Venezuela to "establish peace and democracy."

The growing coup assumed such proportions that it unleashed a powerful worldwide movement in support of the Bolivarian Revolution, threatened by imperialism and home-grown fascism. A manifesto of solidarity with the government of Maduro, started in Argentina, has been signed in many countries by thousands of intellectuals, artists, politicians, parliamentarians and trade unionists.

Translated from the Portuguese version by Olga Santos