The Australian Government is wrestling with a double game it has created by backing sectarian terrorists in Syria, encouraging the export of young Australians to these groups, then entering into a fake war against terrorism and ringing alarm bells over the threat of them returning home. 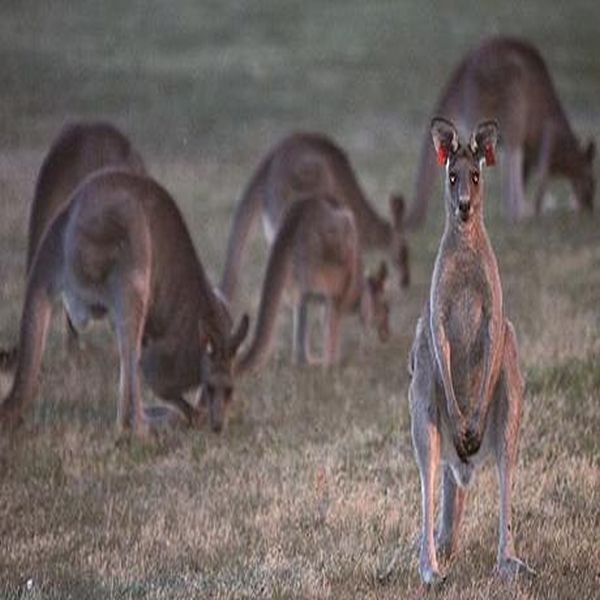 In the name of anti-terrorism Canberra has cancelled dozens of passports and, more recently, passed a law to strip citizenship from dual citizens believed to be involved with some of the armed groups plaguing Syria and Iraq. Since 2012 about 200 Australian citizens are thought to have joined these groups and several dozen have been killed.

His media status is part of a wider pattern. The western media has carried many stories about the 'family man turned suicide bomber' or the Islamist 'humanitarian workers' who travelled to Syria, supposedly to help children and refugees. If the humanitarian story did not fit they were said to have been backing 'moderate' armed groups.

It is the Australians of Syrian origin who have been frozen out of the national media. The great majority of them backed the Syrian Government against western backed terrorism. Their impassioned demonstrations in Australian cities, over 2011-2013, were mostly ignored. In face of a propaganda war, with a string of stories falsely implicating the Syrian Army in massacres and chemical weapons attacks, very few pro-Syrian voices have been permitted.

This effective media blockade has banished voices who might challenge the latest 'chemical weapons' or 'barrel bombing' story, churned out against 'the regime' year after year. Considerable evidence has accumulated on these fabrications. Much of it has to do with sectarian Islamists either blaming the Syrian Army for their own atrocities or rebadging their own casualties as 'civilians'. Yet vigorous self-censorship has meant that very few exposés appear in the Australian media.

Dissidents have faced ferocious attacks. Reme Sakr, a young Syrian-Australian who visited her father in Syria in late 2013, was vilified by the ABC program Media Watch in early 2014. The ABC condemned the Good Weekend magazine for running a sympathetic profile of someone who was clearly pro-Syrian. They falsely accused her of supporting war crimes. She is now suing the ABC.

Throughout 2012-2013 Australia's Labor Government was an active collaborator with Washington over the ill-fated 'regime change' plan for Syria. Canberra backed a series of absurd exile groups set up by the US and the Gulf monarchies as the 'legitimate representatives of the Syrian people'. Along with a number of European states, Australia also expelled the Syrian Ambassador, after it was falsely claimed the Syrian Army had murdered pro-Government villagers at Houla.

Some 'government massacre' claims were even debunked in the western media. The Aqrab massacre, very close to Houla and also of pro-government villagers, was blamed on the Army but exposed by Alex Thompson. The Daraya massacre of civilians, kidnapped as part of a failed prisoner exchange, was also blamed on the Army but debunked by Robert Fisk. Both were carried out by groups of the western backed 'Free Syrian Army'.

Such exposures were exceptions to the rule. The western propaganda offensive encouraged extremists to join in a virtual holy war against Syria. No Australian was detained or deterred from travelling to Syria in the first two years of the crisis. The first few killed were often praised as 'humanitarian workers' or victims of the regime's 'indiscriminate bombing'.

Yet in August 2012 a US intelligence report (DIA) noted two things, at odds with Washington's public position. First, the 'Syrian Revolution' had been dominated by sectarian Islamists from the beginning: 'the Salafists, the Muslim Brotherhood and AQI (al Qaeda in Iraq, later ISIS) are the major forces driving the insurgency in Syria'. Second, the idea of a sectarian Islamic State was anticipated and thought to suit western purposes. AQI wanted a sectarian war in Syria, which could lead to 'a Salafist principality in Eastern Syria ... exactly what the supporting powers to the opposition ['the West, Gulf Countries and Turkey'] want, in order to isolate the Syrian regime ... ISI could also declare an Islamic State through its union with other terrorist organisations'.

US intelligence did not waste time with the political 'for public consumption' statements. They knew were working with terrorist groups in yet another Middle Eastern 'regime change' operation.

Australia's home-grown terrorists must have been further emboldened in their belief that Canberra shared their aims when, in October 2012, Foreign Minister Bob Carr told national television that resolution of the Syrian crisis needed 'an assassination' and 'major defections' from the Syrian Army. This very un-diplomatic (and probably criminal) statement signalled to the fanatics that they could travel to Syria to attack and kill, imagining they had Canberra's blessing.

But it was not so simple. In late 2013 events forced a change in US strategy. First, a Russian initiative on chemical weapons (the Syrian Government maintains it had never used them) defused a planned US missile strike on Syria. Second, the Syrian Government began to gain the upper hand in the populated areas of western Syria, securing a number of towns along the Lebanese border with the help of the Lebanese resistance movement, led by Hezbollah. Third, the open sectarianism and well publicised atrocities of 'rebel' groups, particularly the Islamic State of Iraq and Syria (ISIS), attracted worldwide attention. The previous talk of 'humanitarian intervention' was displaced by western 'anti-terrorist' intervention, aimed at ISIS.

Yet the 'moderate rebel' myth persists and the western attacks on ISIS have been 'cosmetic'. (The Syrian and Iraqi Armies, backed by Hezbollah and Iran, remain the main forces combating ISIS.) There are obvious reasons for this. US leaders including Vice President Joe Biden and Armed Forces Chief Martin Dempsey have admitted that their 'major allies' back ISIS. The evidence is quite clear that US regards ISIS and other al Qaeda factions as strategic assets.

Nevertheless, designation of significant sections of the Syrian and Iraqi insurgency as 'terrorists' has unsettled US collaborators, including Australia. Reinforcing this is the recognition that the 'Syrian regime' is not going away, and that many foreign terrorists are trying to return home. What this might mean is well illustrated by the videos of terrorist head-chopping and throat cutting.

Those who were happy to foment terrorism against others have become worried that the proverbial 'chickens' are coming home to roost. Caught in their own double game they are blaming everyone but themselves.