Brisbane: Can we please concentrate on the issues?

There are those who would like to use the G20 Summit in Brisbane, Australia, to perpetuate a hackneyed West versus East approach, at a time when the world needs to pull together. This begins with a responsible media and competent political leaders, focusing on the issues at hand instead of chasing ghosts and sowing the seeds of conflict. 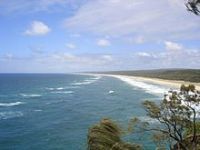 Predictably, David Cameron has used Brisbane as a stage to launch a set of snide remarks about Russia, just as the host, Australian Prime Minister Tony Abbott, did recently with puerile remarks about wishing to "shirtfront" Russian President Vladimir Putin over the MH17 air disaster over Ukraine. In fact the entire Western leadership has adopted a hypocritical, dishonest and groundless campaign against Russia, its partner in two world wars, over a question which was prepared, cooked and served in the west: Ukraine. Why doesn't Abbott confront the Ukrainian President, Poroshenko? Why doesn't he ask why the Ukrainians do not reveal the content of the ATC tapes seized by the authorities, why doesn't he ask the Ukrainian President about the alleged sighting of fighter jets trailing flight MH 17?

They tried it before in 2008, in Georgia, when Georgian troops murdered South Ossetian citizens, massed their troops on the border with Abkhazia and then ran screaming along with their magnificent NATO advisors as Russia taught them a lesson or four in soldiery.

They tried again in 2014, in Ukraine, when an illegal Putsch was launched in Kiev to topple the democratically elected President, Yanukovich. The West, of course, applauded at this travesty of democracy and then had the audacity to claim the moral high ground and start blaming Russia, accusing Moscow of undemocratic behavior when President Putin has been elected multiple times with whacking majorities and approval ratings several times higher than those of Cameron, Obama and Abbott combined.

Nothing did they say about the shots fired from the sixth floor of Hotel Ukraine in Independence Square against the pro-rebellion demonstrators, to create a cause and blame Yanukovich. Nothing did they say about the Fascist massacres in which burning bodies of Russian-speaking Ukrainians were tossed out of windows by Fascists as the crowds below looked on, applauded and cheered, as was the case at Mariupol. And this is the side backed by Abbott, his master Cameron, and their master, Obama?

They are quick to blame Russia for the instability in Eastern Ukraine, and to point the finger without a shred of evidence that Russia is interfering. Google these days can practically pick up a matchbox. Where are the photographs of tanks rolling across the border? There aren't any. Maybe the BBC would like to do a copy paste job again using pics from two decades earlier and another continent?

And now we are on to the blame game perhaps Mr. Cameron and Mr. Abbott would like to comment on their own countries' recent history of war crimes in Iraq, the country which was invaded without any justified or justifiable casus belli, the sovereign nation which was totally destabilized, whose civilian infrastructures were strafed with military hardware, whose civilians were murdered. The entire Iraq campaign culminated in the most horrific war crimes - deploying cluster bombs in civilian areas, targeting civilian homes and leaving swathes of the country dangerous through the deployment of Depleted Uranium.

The direct result of the criminal interference of the United States of America, its chief poodle, the UK, in turn its ex-colony crawling around its legs, Australia and new willing bedboy, Poland, was thousands of cases of cancer and birth defects among Iraqi children in 300 known contamination sites. The USA, the UK, Australia and Poland, in participating in the illegal invasion of Iraq, have left a radioactive legacy for decades to come.

And here they are, the West, supporting terrorists in Syria against President Assad, interfering in Ukraine, overthrowing a democratically elected Government, then supporting the side that committed massacres.

So instead of using Brisbane to launch unfounded and insolent quips against Russia, suppose the West, for once, acted with responsibility in addressing the real issues facing humankind, and not perpetuating their lies to cover up their own criminal misconduct?

The issues at Brisbane's G20 Summit on November 15-16 are the following:

Fostering the conditions to stimulate world trade, instead of stifling it through the illegal imposition of sanctions, job creation, stimulating the global economy by 2 per cent over five years and measures to combat tax evasion, now that climate change is not on the agenda. And who was responsible for keeping it off? Three guesses.

Let us hope Brisbane is about coming together, not driving a wedge between the G8 and its diminishing sphere of influence and the BRICS, the prototype of the new model which carries the hearts and minds of humankind.

Author`s name Timothy Bancroft-Hinchey
15:17
Armed Forces of Ukraine drop chemical bombs from drones - DPR governor
14:59
Russian Olympic ice dancing champion develops gangrene of his leg
18:54
Ukrainian soldier uses chainsaw and fire to release US howitzer from ice trap
18:30
Onet: Ukraine will lose in six months due to shell shortage
17:36
Russian troops defeat Ukrainian troops in Zaporizhzhia region
14:50
Number of foreign mercenaries in Ukraine continues growing
14:17
Russians buy more than 50 tons of gold in 2022
13:57
Russia will not talk to Ukraine. Russia will talk to the West
13:34
USA's plan to give 20 percent of Ukraine for peace hoax
12:51
Medvedev: Ukraine as a state to be devastated, go bankrupt and be turned into colony
Drone with large air bomb on board explodes over Kaluga in western Russia