The terrifying ordeal of the hostages taken this morning in the Lindt Café in Martin Place, in Sydney's financial district, has come to an end after police commandos stormed the building. There are reports of up to five people injured in the operation, as well as the deaths of two hostages and the hostage-taker. 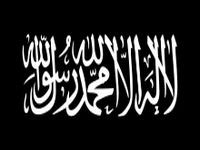 It is now reported that there are up to five people, including a police officer, seriously injured in hospital, in an attack sparked off by the hostage-taker shooting dead one of his hostages, before being himself shot dead by the police. Some of the hostages escaped during the day in three groups, the last one shortly before the firefight started.

The hostage-taker was a 49-year-old Iranian refugee, called Man Haron Monis, born in Iran and residing in Australia since 1996. A self-styled Islamic cleric, he was already known to the police as having been accused of being an accessory in the murder of his ex-wife, as well as facing a lawsuit over 40 sexual assaults and charges of indecent assault. He lost an appeal last week in connection with the charges related to his ex-wife.

He has also been accused of sending threatening messages to family members of Australian soldiers who died while serving on missions overseas.

The siege ended at 02.44 local time (which is 15.44 GMT, 18.44 MSK). During the siege, he forced some hostages to hold an Islamic flag to the window, and among his demands were that an emblem of Islamic State be brought to the café, as well as asking the hostages to contact news agencies.

As the day wore on, it became increasingly obvious that Man Haron Monis was acting alone and had no contact with Jihadi groups. It appears that the final assault began as a result of the hostage-taker opening fire, an action in which at least one hostage was killed. The operation by the hostage-taker was described as chaotic and amateur by commentators, who agree that Man Haron Monis was a troubled man with personal problems who tried to link his issues with Islamist fanaticism.

While today's incident has no link with Islamic State, there are said to be over one hundred people actively engaged in supporting this movement inside Australia and in September the terrorist threat was increased to the highest level in the country, two days before the Australian Prime Minister Tony Abbott committed some 600 troops to the operation against Islamic State in Iraq and Syria.

Repercussions and analysis: The appearance of Lone Wolf Terrorism?

Whatever the motive for this cowardly attack, or lack of motive, the fact remains that an attack on a soft target such as a café, restaurant or cinema is very easy to carry out, while the outcome of such an attack is inevitable, often ending in the death of the perpetrator. Whether or not this is the beginning of a series of lone-ranger copycat attempts at notoriety depends on two things: the availability of materials to carry out such attacks and the willingness, or not, of the media to put such an event on prime time TV for a whole day.

While such an event is a bonanza for the media circus, it also gives the cowards, nutcases and dreamers with home-made bombs and with guns a spot in the limelight.

Finally, let nobody forget the utter terror and desperation felt by the victims of this trouble-maker, coward and sexual deviant and their families and especially those of the hostages who were killed.