Is our food safe?

The safety of the food we eat was highlighted this week by UN Secretary-General Ban Ki-Moon when on World Health Day (April 7) he called upon the agents involved in producing, distributing and preparing food for the consumer to act together to ensure food safety. How safe is the food we eat? And why isn't it? 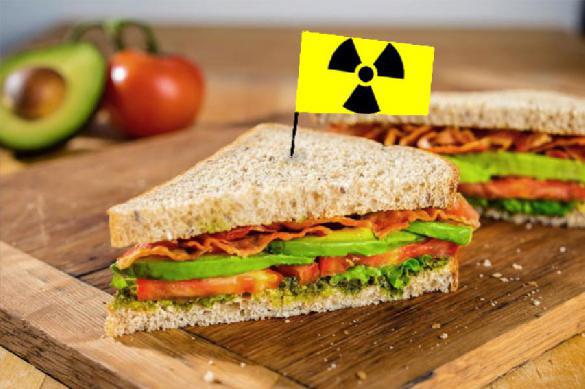 In the USA alone, billions of dollars' worth of food are thrown away every year - a figure which is translated into one third of the products in the average fridge not just in the United States of America but in the Western world in general - because people are unsure whether or not their food is safe to eat.

Starting with the consumer not knowing how to use and preserve food, and working back along the food chain from retailer to wholesaler, from distributer to producer, we can find along the way some alarming facts.

One third of our food is thrown away

Apart from the wasted third of food bought in some parts of the world while in others, people starve to death or have nothing to place on the table at the end of some days (including, increasingly, in some European Union countries), we have a food chain which is selling products containing prions (harmful proteins which cause, among other diseases, BSE (Bovine Spongiform Encephalitis, or the so-called "Mad Cow" Disease), and according to the World Health Organization, parasites, bacteria, viruses, chemical substances and radioactive elements, which can cause over two hundred diseases, including cancer. This leads the WHO to conclude that "The risks of unsafe food are substantial".

Two million people die every year from diarrhoeal diseases, which are foodborne as well as waterborne. Between one in four and one in six citizens of the USA are affected by food poisoning every single year, causing around 130,000 hospitalizations and around 3,000 deaths.

Nearly one billion cases a year

Around the world, the WHO reports 852 million cases serious enough to have been reported in the year 2010, involving 22 different foodborne illnesses and 351,000 deaths. Forty per cent of the victims were children under five years of age and most of the cases were registered in South-East Asia and Africa. For those more interested in the bottom line than in the human cost in tropical countries (but not exclusively), the E.coli outbreak in Germany in 2011 cost the country's farming industry some 1.3 billion USD and 236 million USD in emergency payments to farmers.

So, it is a global problem, and one which is becoming worse as more and more of our food is processed and industrialized. How dangerous is a well-washed bowl of salad, or a well-cooked vegetarian stew? And we are not speaking here only of food hygiene, we are speaking about something far more wide-reaching: the cumulative effect of the consumption of food contaminated with harmful chemicals over a period of time.

What about GM food?

Has genetically modified (GM) food been properly and exhaustively researched? Is it safe? What are the effects of contamination of other crops from GM seeded crops? If a person eats processed food every day three times a day and becomes ill ( a fact which few will deny) then if the same person eats fruit and vegetables three times a day and does not become ill, then can we not draw some conclusions from that?

Among these, how safe is it to eat processed food (tinned/canned, microwavable meals, cured and processed meats such as sausages, bacon and so on)? And if it is unsafe to eat, then why is it sold, and why does such food not carry a health warning at least, like packets of cigarettes? Why is it marketed when cigarettes are not? Why does it contain elements which increase our hunger and yearning for such food, such as artificial coloring and flavoring? Why do humans insist on drinking cow's milk every day when cow's milk is intended for calves, and how many animals continue to load their systems with lactic products after reaching maturity?

One thing is the UNO's agencies coming together drawing up plans with veterinary and agricultural authorities, supermarket supply chains and the like; quite another is the food they put on our plates.

On my plate, you will not find any animal product or by-product at all, only fresh vegetables, dried or fresh pulses, grains, seeds, nuts and fruit. And it will stay that way.