Is there enough food to feed us?

Almost one seventh of humankind goes to bed hungry each and every night. Some families celebrate when they have a crust to share on the dinner table, others try to stave off hunger by drinking water because there is nothing to eat today. The hungry constitute more people than live in North America and the European Union. What are the causes? 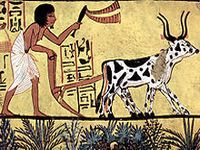 Predictably, in a world which spends collectively one point seven trillion USD on military budgets, hunger is totally avoidable because there is plenty of food to go round for everyone. Today, the world produces nearly one fifth more food than in 1985. Official statistics quote the number of hungry people at between 842 and 925 million people worldwide, over sixty per cent of these being women.

98 per cent of people living in hunger are from developing countries. Two thirds live in Asia/Pacific and the remaining third in Eastern, Central and Southern Africa, and 65 per cent are concentrated in seven countries, namely DR Congo and Ethiopia in Africa; Bangladesh, India and Pakistan; PR China; Indonesia in Asia.

The reason? People do not have enough money to purchase food because in a market-driven economy, scarcity pushes prices up. In the liberal economic model, which frowns on State intervention, subsidies disappear as pride of place is given to the lobbies, whose food brokers sell food at extortionate prices or play casino games, selling food commodities on futures markets.

Climate change (or cyclical weather conditions) and the effects have a devastating effect on poor rural communities and then on the cities which they supply; hunger is on the rise in urban areas, as the inhabitants of slums start to equal landless or subsistence farmers in rural areas, translated into the fact that according to the World Food Program, "hunger and malnutrition are the number one risk to health worldwide - greater than AIDS, malaria and tuberculosis combined", since one in nine people do not have sufficient nutrition to lead an active and healthy life.

There are three stages: Under-nourishment, Malnutrition and famine.

Under-nourishment describes the state of those who do not consume enough calories to meet their minimum needs for an active life. There are 842 million undernourished people in the world today according to the World Food Program.

Malnutrition describes the state of those who are badly nourished, characterized by an inadequate consumption of protein, minerals or vitamins and the victims frequently suffer from diseases and infections and are so weak that they can die from conditions related to measles, for example, or diarrhea. It is measured in terms of optimum body weight and height. Acute malnutrition results in wasting - substantial weight loss resulting from starvation or disease.

Famine is the state in which a minimum of 20 per cent of households in a country or region have limited ability to manage an extreme food shortage situation, in which global acute malnutrition in the country or region exceeds 30 per cent and in which death rates exceed 2 per 10,000 persons per day.

What are the effects of hunger?

Wasting, an indicator of acute malnutrition, is translated into severe weight loss; stunting is an indicator of chronic malnutrition which results in insufficient height-per-age group; being underweight is the situation in which a person is below the normal weight for the age group. 146 million children worldwide are underweight.