Root cause must be understood first to counter violent extremism 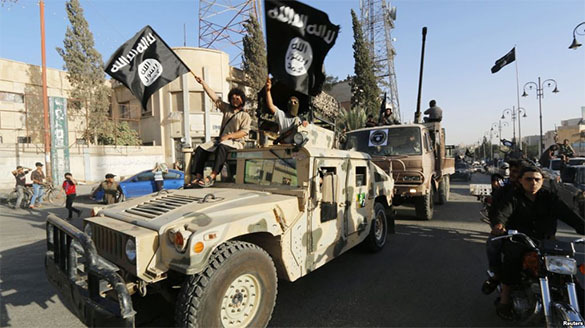 According to U.S. Secretary of State John Kerry, some 20,000 people have joined ISIL since last summer. They have traveled to Syria and Iraq from more than 100 countries all over the world for that purpose. To make a comparison, it took ten years for the number of foreign fighters against the Soviet Army in Afghanistan to reach 20,000.

John Kerry's striking announcement came last month from The Summit on Countering Violent Extremism at the White House.. Senior U.S. officials addressed the summit attended by representatives of 60 countries. The three days of meetings sought an answer to the question 'How can we prevent people from joining radical Islamist organizations, and particularly ISIL?' Various suggestions were proposed on how to eliminate ISIL's power of attraction.

The White House Summit did not produce a serious solution to the fight against terror and radical violence. At best, it may be considered a well-intentioned effort. The lack of results is not surprising, because those who shape global policy have still not grasped the basic cause of radical terror. The summit revealed that fact once again.

John Kerry offered this analysis in the same statement; "Let's be honest: Those recruiting for Da'esh (ISIS) are not looking for people who are devout and knowledgeable about the tenets of Islam. They're looking for people who are gullible enough to believe that terrorists enjoy a glamorous lifestyle, and pliable enough to do whatever they are told, and who are attracted by the perception of success."

It would seem from these words that John Kerry is gravely mistaken about ISIL's members and sympathizers. Those who decide to join ISIL are very well aware that a ruthless war and all kinds of difficulty await them in Syria and Iraq. The great majority has no expectation of an attractive and glamorous lifestyle. On the contrary, they are ready to die at any moment and kill without batting an eyelid. The reason for that candid determination is in their ideas based on a false foundation that they imagine represents Islam. They have been equipped with a badly distorted knowledge of the faith that is based on nonsense and has been fabricated over the centuries, and they imagine that to be Islam. They are full of false Islamic knowledge obtained through the internet and social media, from sources packed with nonsense. That misinformation is the source of their violent extremism. These are false beliefs that have absolutely no place in the Qur'an, that blatantly contradict the Qur'an in some case, but nonetheless took root in the basic works of Sunni Islam. The source of the problem is therefore deeper and broader than Kerry thinks.

U.S. President Barack Obama said at the summit that ISIL and similar groups use 'economic grievances' to recruit their members. He suggested that, "if we're serious about countering violent extremism, we have to get serious about confronting these economic grievances." The same idea was expressed more explicitly by U.S. Department of State spokesman Marie Harf, who espoused the thesis that a "lack of opportunity for jobs is one of the most prominent root causes" of the large numbers of people joining ISIL.

The error of thinking that radicalism stems from unemployment or material grievances is one of the main obstacles to the problem being solved. The fact is that, as with all radical groups, those who join ISIL come from all economic, social, cultural and ethnic groups. Many of those recruits are from wealthy families, and many have enjoyed successful careers. To put it another way, these people do not only come from the slums or the ranks of the poor. As everyone knows, a large part of them have left behind the excellent opportunities available in the Western world and are now in a bloody and savage war. Making the problem an entirely economic one makes it much harder to find a solution.

Other statements concerning the portrayal of ISIL were also made at the summit. In his closing address, Obama touched on "the false promises of extremism." What the President meant was that the leaders of the radical terror organization were out to achieve their own personal agenda and did not really believe in the ideology they espoused. Obama's special advisor on ISIL, General John Allen, shared that view as well. Speaking in the Senate on February 25, Allen described ISIL as "little more than a criminal gang and death cult." It is no secret that many people in the world subscribe to similar opinions.

Thinking of ISIL as a cult or criminal gang is another grave error into which Western leaders fall. We are dealing with an organization that has an ideology, albeit a false one, and mistaken values in which it believes and for which it is ready to do anything. Its members are sincerely ready and determined to sacrifice their lives and all they have for the sake of the ideology they believe in. Gangs, on the other hand, simply come together for reasons of self-interest and have no significant ideology.

In the fight against ideological groups, threatening their interests or their members with death has always had an opposite effect. The only way of eliminating a false ideology is by teaching a true one.

In conclusion, the analyses by the U.S. and the West in general regarding radical groups such as ISIL have always been wrong, and false solutions have thus been sought using false methods. Not only have these false solutions actually increased radicalism, they have also imposed great difficulties on the U.S. The time has now come for the U.S. and the whole coalition to identify the real cause of the problem and thus follow the real paths to a solution. There is only one way of fighting ISIL and similar radical organizations; a correct policy of education to eradicate a false ideology.

The media are full of reports about how ISIL turns normal people into cold-blooded monsters and death machines. It is ancient superstitions that make members of ISIL turn out like that. Ideas that develop from the swamp of superstitions that regrettably prevail in the community of Islam inevitably produce a mindset that favors violence and terror. The result is communities that act in the light of false ideas diametrically opposed to the Qur'an.

The truth of the matter is this; the problem before us is an idea and an ideology. False ideas must be opposed by good and true ones. Military operations against ideas produce no results, nor are they sensible. New members filled with hate and thirsting for revenge will replace every member of ISIL who is killed, and radicalism will thus become even fiercer. New recruits to ISIL can only be prevented through education; through education based on true Islam.