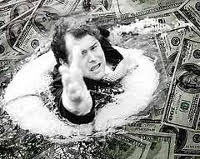 Barack Obama's State of the Union address sure sounded good, didn't it? There were lots of solemn promises, lots of stuff about America's "bright future" and a line about how we are now facing this generation's "Sputnik moment" that will surely make headlines all over the globe. But we all knew that Barack Obama could give a good speech. That has never been the issue. What the American people really need are some very real answers to some very real problems. So were there any real answers in Barack Obama's State of the Union address? Well, Barack Obama promised that America will "out-innovate, out-educate and out-build" the rest of the world. He also pledged that America will become "the best place in the world to do business" and that the government must "take responsibility" for our deficit spending. But does all of this rhetoric mean anything or is all this just another batch of empty promises to add to the long list of empty promises that Barack Obama has already made and broken?

The American people certainly don't need any more empty promises. Millions of American families have been pushed to the edge of desperation by this economy.

There has been a lot of talk that the economy is "turning around", but in many areas of the country the employment situation continues to get even worse. Payrolls decreased in 35 U.S. states during the month of December.

The truth is that the number of "good jobs" produced by the U.S. economy continues to shrink. In fact, only 47 percent of working-age Americans have a full-time job at this point.

The American people are not going to buy this "economic recovery" as long as unemployment remains at epidemic levels in so many areas. Just consider some of the stunningly high unemployment rates in some of our most important states....

So did Barack Obama propose anything substantial that will actually create real jobs?

Instead, all he had to offer was just a bunch of empty promises. It is almost as if Obama believes that a really good inspirational speech will somehow make things better. The following are just a few of the empty promises Obama made during his address to the nation....

Empty Promise #1: America Will "Out-Innovate" The Rest Of The World And This Will Create More Jobs

During the State of the Union address, Barack Obama promised that the United States will "out-innovate" the rest of the world and that this will create more jobs.

Perhaps we could create some more cutting edge products like the Apple iPhone, right?

After all, Apple iPhones were one of the most wildly successful American technological innovations of the past decade. Surely this is the kind of innovation that Obama would like to see more of.

Well, do you know where Apple iPhones are made?

Apple iPhones are manufactured in China by workers making about 293 dollars a month (and that was after a big raise).

But it isn't just the Apple iPhone that is made overseas. The truth is that almost all high technology products are made outside of the United States.

In 2008, 1.2 billion cellphones were sold worldwide. So how many of them were manufactured inside the United States? Zero.

Not only that, another fact to note is that manufacturing employment in the U.S. computer industry was actually lower in 2010 than it was in 1975.

So exactly how is more "innovation" going to produce millionsof U.S. jobs if all of the high tech manufacturing continues to be shipped out of the United States?

Empty Promise #2: America Will "Out-Educate" The Rest Of The World And This Will Create More Jobs

For decades, U.S. presidents have promised that "education" is the key to competing with the rest of the world.

Okay, if suddenly every single person in the United States had an extra college degree, would that mean that more jobs would suddenly start popping into existence?

Right now, we can't produce enough nearly enough jobs for all of the college graduates that we already have.

But that is not the whole story.

Millions of college graduates that have been able to find jobs have ended up taking jobs that they didn't even need a college education for. The "underemployment rate" among college graduates is absolutely exploding.

Many of our brightest young minds are now flipping burgers, waiting tables and welcoming people to Wal-Mart.

In fact, in the United States today 317,000 waiters and waitresses have college degrees.

Oh, but certainly the answer is to get more Americans to go to college, right?

It certainly sounds good in a speech for a politician to say that "more education" is the answer, but in the end all it amounts to is a hollow promise.

Getting more Americans to go to college will not create any more jobs, but it will create more debt. Americans now owe more than $884 billion on student loans, which is more than the total amount that Americans owe on their credit cards.

Empty Promise #3: America Will "Out-Build" The Rest Of The World And This Will Create More Jobs

So Barack Obama says that we are going to "out-build" the rest of the world?

But what exactly does that mean?

Does it mean that we are going to quit shutting down our factories and tearing down our economic infrastructure?

So is Obama going to do something to stop the flood of jobs and factories that are leaving the United States?

No, in fact he intends to "increase" trade with countries such as China and India. That is going to mean that thousands more factories and millions more jobs are going to be "outsourced".

Well, what about building up infrastructure such as roads, bridges, power grids, dams and ports?

That is certainly a very good idea.

According to the American Society of Civil Engineers, we need to spend approximately $2.2 trillion on infrastructure repairs and upgrades just to bring our existing infrastructure up to "good condition".

So we desperately need some investment in that area.

But there is a big problem.

We are flat broke.

So where will the trillions of dollars that we needfor infrastructure come from?

Obama did not even come close to answering that question.

Empty Promise #4: America Will Become "The Best Place In The World To Do Business" And This Will Create More Jobs

It was incredible that Barack Obama could suggest that America is "the best place in the world to do business" with a straight face.

First of all, when you consider all forms of taxation, U.S. businesses face one of the most oppressive taxation regimes in the entire world.

But not only that, U.S. businesses also have to deal with one of the most horrific regulatory environments in the history of mankind.

As I have written about previously, the mountains of red tape that U.S. businesses have to wade through just continues to grow every single year.

So is Barack Obama going to do anything about that?

In fact, Barack Obama and the Democrats have been really busy passing even more ridiculous regulations.

For example, the U.S. Food and Drug Administration is projecting that the food service industry will have to spend an additional 14 million hours every single year just to comply with new federal regulations that mandate that all vending machine operators and chain restaurants must label all products that they sell with a calorie count in a location visible to the consumer.

So is that "taking responsibility" for our deficit spending?

Today it is over 14 trillion dollars.

Government debt is absolutely out of control. At this point, the U.S. national debt is increasing by roughly 4 billion dollars every single day.

If all of this debt is not brought under control, it will bring down the entire U.S. financial system. According to a recent U.S. Treasury report to Congress, the U.S. national debt will reach 19.6 trillion dollars in 2015.

Can you imagine being 20 trillion dollars in debt?

So it would be really great if Barack Obama could do something about all of this debt, but based on his track record perhaps we should not be holding our breath.

Not that Obama is to blame for all of this.

We are in so much trouble that it is hard to even try to put it into words. None of our politicians are telling us the whole truth. We are headed for a complete and total disaster.