ISIL: From decapitation to Islamophobia 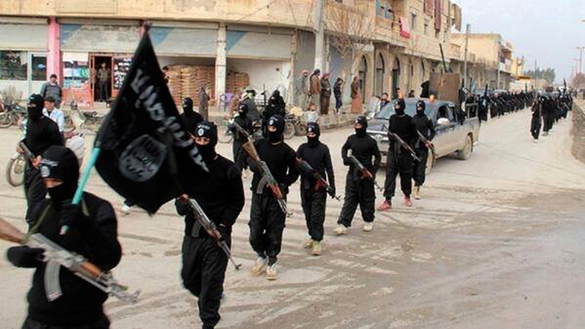 With the ISIL terrorists mounting more gory adventurism in Syria and Iraq and capturing villages and towns, there seems to be no tangible impediment to stop this influx of terror.

The ghastly images circulated freely by the cult on the internet from beheading to crucifying their victims in cold blood have incensed the international community on the one hand but on the other hand, they have regrettably conduced to Islamophobia, a plan long funded by the officials in Washington.

The root causes of the ISIL cult are not hard to imagine and there are times that those involved in the creation and financing of the cult unwittingly engage in a blame game.

A recent instance of this blame game happened on October 2, when US Vice President Joe Biden made one of his off-the-cuff remarks at Harvard University's Institute of Politics, saying that the Turks, Saudis and UAE "poured hundreds of millions of dollars and tens of thousands of tons of weapons against anyone who would fight Assad, except that the people who were being supplied were al-Nusra and al-Qaeda and the extremist element of jihadis coming from other parts of the world."

Unsurprisingly, his remarks drew swift condemnation from Washington's regional allies who took a swipe at Biden's 'untoward' statements. Among those licking their wounds was Turkey's President Recep Tayyip Erdogan who fumed that, "Biden will be history to me if he has used such expressions." After all, Biden later apologized to Turkey and UAE.

On October 4, Biden delivered his personal apology to President Erdogan on the telephone and the White House issued a statement to the effect that Biden did not mean to say that Turkey "intentionally" facilitated terrorists.

The world's richest terrorist organization, ISIL has been funded by Qatar, Kuwait plus the countries mentioned by Mr. Biden.

According to a report published by the Brookings Institute titled "Playing with Fire", Kuwaiti private donors "began their operations in Syria under a previous 2002 law that did not criminalize terrorist financing and left authorities with few tools to combat potentially troubling financial activity. Nonetheless concerned about the threat of radicalization in their own country, Kuwaiti officials insisted before the new law was implemented that they had been monitoring the situation closely."

Former US Navy Admiral and NATO Supreme Commander James Stavridis says the cash flow from private donors is significant now and was even more significant in the early fund-raising done by ISIS and al Qaeda's affiliate in Syria, the al-Nusrah Front.

"These rich Arabs are like what 'angel investors' are to tech start-ups, except they are interested in starting up groups who want to stir up hatred," said Stavridis, now the dean of the Fletcher School of Diplomacy at Tufts University. "Groups like al-Nusrah and ISIS are better investments for them. The individuals act as high rollers early, providing seed money. Once the groups are on their feet, they are perfectly capable of raising funds through other means, like kidnapping, oil smuggling, selling women into slavery, etc."

Sources which point with all force to the very agents supporting and financing ISIL are legion but what seems to complicate the issue is why they should engage in such a precarious enterprise which will eventually recoil upon those who initially fermented the crisis.

It is somewhat naïve to think that the ISIL was brought into existence with the intention of overthrowing the regime of Assad and that the creators of this horror were oblivious of the inhumane dimensions it could assume.

Thanks to the abominable efforts of the Arab puppet regimes, Islam is being depicted as a violent religion, Islamophobia is escalating and the Muslims are gradually bearing the brunt of what ISIL has done and is doing.

France, which is home to the largest Muslim community in Europe, is becoming less and less tolerant towards the Muslims.

France's new Minister of Education, Najat Vallaud-Belkacem, who happens to be a Muslim was targeted by a French far-right magazine, Minute. "I call for respect," Belkacem told the Associated Press in an email, adding, "I repeat in particular that racism is not an opinion, but a crime."

There has been an alarming rise in Islamophobia in recent months. According to a BBC report, hate crimes against Muslims in London have risen by 65 percent in the last 12 months.

Hijacking the name of Islam, ISIL is tarnishing the image of Islam and through perpetrating every thinkable and unthinkable atrocity, they are treading in a path most appealing to the West and the West, for its part, is furtively and consciously weaving a sham narrative on Islam in the world.

The long way the West has been seeking to traverse in order to tarnish the image of the religion of peace is being cut short by the bloodbath unleashed by the ISIL cult. The West is silently supporting the cult in spite of all their pretentious facades in combating the ISIL.

Now is the time for the Muslim community to reveal to the world that the terrorist cult has nothing to do with Islam and that they are a band of terrorists begotten by the West and funded by the regional Wahhabi regimes as part of the Islamophobic legacy of the former and the imperialist ambitions of the latter.