Official representative of the Russian Defense Ministry, Major-General Igor Konashenkov, stated that it would be humiliating for a normal person to pay attention to outrageous cartoons of the crash of the Tu-154 over the Black Sea.
The cartoons about the crash of the Russian passenger aircraft appeared in the infamous  French magazine Charlie Hebdo. The cartoon depicts a diving plane and a man in a military uniform, presumably a  soloist of the Aleksandrov Ensemble singing: "A-A-A-A-A-A." "The repertoire of the Red Army choir is expanding," the caption to the drawing says. Another one shows a diving plane in flames with a caption: "Bad news. Putin was not there." 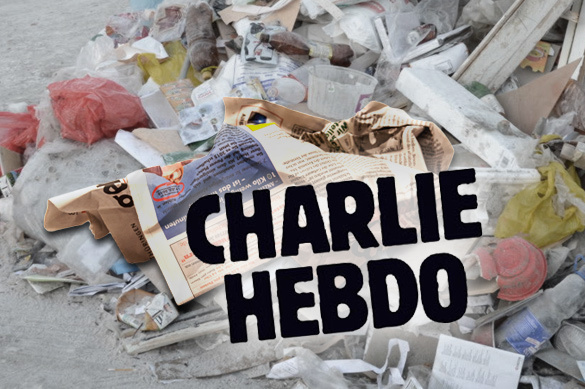 "Another act of defecation on paper committed by those bipeds from Paris is nothing. Even paying attention to this strained filth is humiliating for a normal person. If this, I can't bring myself to tell, creativity is a  manifestation of authentic "Western values​​" then their supporters and defenders are doomed, at least to loneliness in the future," Igor Konashenkov said, TASS reports. Vice-Speaker of the State Duma Irina Yarovaya also commented on the publication of the cartoons. According to her, the most recent publication in the satirical magazine was beyond both "human morality and law."

"This is extremism, which has nothing to do with journalism and creativity. The artistic production of abomination does not change, but strengthens the direct and meaningful encouragement of terrorism," RIA Novosti quoted Yarovaya as saying.

Earlier, the infamous French publication had published satirical drawings devoted to the crash of the Russian passenger plane over Sinai, the killing of the Russian Ambassador to Turkey Andrei Karlov and the behavior of Russian football fans at Euro 2016.

The French magazine is known for its cartoons that evoke mixed reactions, right up to violence and aversion.

In June 2016, the magazine depicted Queen Elizabeth II with naked buttocks. Prior to that, Charlie Hebdo published cartoons devoted to an imaginary terrorist act during Russia-England football match. The magazine is best known for the publication of Prophet Muhammad cartoons that shook the whole Islamic world and triggered a wave of violence in many countries. In January of 2015, a group of armed gunmen attacked the office of the magazine, killing 12 and injuring 11 people.