Tu-154 crash: Latest audio recording on board raises many questions

The audio recording of the conversation between the pilots of the crashed Tu-154 and flight control officers of the Center of the Black Sea Air Traffic Management was published on YouTube. 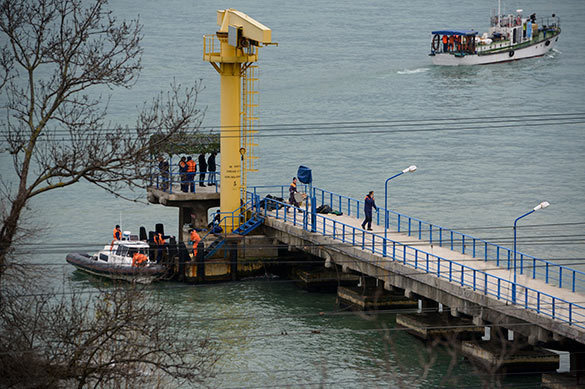 Judging from the recording, there were no emergency situations on board. The pilots were working normally, their voices were calm. After some time, the flight control officer tried to contact the crew again, but the pilots were not responding.

Noteworthy, the authenticity of the negotiations has not been officially confirmed.

The Tu-154 plane of the Russian Ministry of Defence with 84 passengers and eight crew members on board, crashed in the Black Sea on December 25. The wreckage of the aircraft was found 1.5 km from the coast near Sochi at a depth of 50-70 meters.

"If there had been turbulence, an abnormal sound, a flash, the crew would have reported it. Even 15-20 seconds would have been enough. Yet, it appears that no one has been able to inform flight control officers of what was happening on board. This speaks of the nature of instant destruction of the aircraft  - some sort of either internal or external interference," Hero of Russia, pilot Anatoly Knyshov told Pravda.Ru.