Spokespeople for the Russian center for reconciliation of warring parties in Syria said that the area in the east of Aleppo, where more than 90,000 people live, was completely liberated from terrorists. 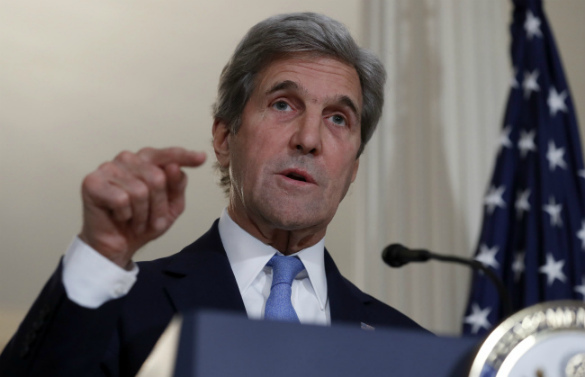 At the same time, the current US administration is still trying to negotiate with Russia on the completion of the siege of Aleppo. Pravda.Ru requested an expert opinion from the head of the sector for military policy and economy at RISI, Ivan Konovalov.

"What is John Kerry going to negotiate with Russia now?"

"First, we must bear in mind the fact that John Kerry represents the outgoing US administration. He can now set forth any initiatives - he can do whatever he wants now, because it will be up to the new US administration to deal with the US course in foreign politics starting from January.

"John Kerry still tries to be active, because he is not going to finish his career in politics. He can say a lot without saying anything specific. If no one knows that Kerry offers, does it mean that all his suggestions are absolutely worthless? Maybe he offers something that neither Russia nor the Syrian government can agree upon.

"Of course, it will take more time to destroy terrorists in southern quarters, but the situation is already clear. At the same time, the operation in Mosul has stalled, thus indicating the drawbacks of US plans for Iraq and Syria. The Americans realize that they are losing the battle for Mosul, while Russia, Syria and Iran are winning the battle for Aleppo. This obvious situation may explain Mr. Kerry's recent activity."

"Some already say that Russia and the United States are no longer adversaries in Syria. Now, the interests of Russia and the USA may cross in Iraq and Jordan. Do you think this is more appropriate to discuss?"

"When Russia launched the operation in Syria, she supported her ally openly and honestly. Russia has come to the Middle East, and her influence in the region will continue expanding. The Iranians say that they are ready to let Russia use their Hamadan airport. The chief of the Libyan Army that fights against terrorists in Libya visited Moscow a couple of days ago. Russia's influence in the Middle East has been growing rapidly. The Americans understand that, because we make them nervous."