A321 Sinai crash: Plastic explosive was used to destroy airliner

Investigators on the case of the crash of the Russian Airbus A321 over Sinai established the type of the explosive that was used to explode the aircraft in midair. 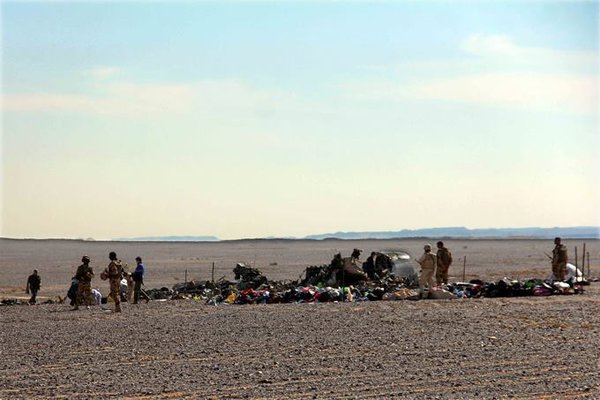 According to the Kommersant newspaper, a large one-meter hole with curved out edges in the fuselage skin of the Airbus indicated the impact of high explosive brisance. Experts suggest that the bomb was made of 250-300 grams of plastic explosive, most likely C-4.

Quite possibly, it was an airport employee that took the bomb on board the plane and subsequently activated the electronic timer.

The bomb was planted in the rear part of the plane underneath a passenger seat on the right side near the window. This is the place where the tail frames are installed along with the wires of the flight recorders.

The ensuing explosion destroyed the frame and led to the depressurization of the cabin. The Investigative Committee of the Russian Federation has not opened a criminal case into the terrorist act (Article 205 of the Criminal Code) on board an aircraft, as one needs to carry out professional expertise first.

The Egyptian authorities deny the version of the terrorist act. A preliminary report from the Egyptian Ministry for Civil Aviation said that investigators failed to detect signs of a terrorist act on board the A321.

The largest catastrophe in the history of Russian and Soviet aviation took place on October 31, 2015, when Airbus A321 of Kogalymavia crashed over the Sinai Peninsula killing all 224 on board. The plane was carrying only Russian tourists, who were coming home from holidays in Sharm-el-Sheikh resort.

On November 17, the head of the Russian Federal Security Bureau (FSB), Alexander Bortnikov, officially announced that there was a terrorist attack on board the crashed aircraft.