Palmyra was seized by Islamic State terrorists again on December 11. Up to 4,000 terrorists arrived from Raqqa to take the ancient Syrian city. The Syrian troops are trying to liberate the city. Why was Palmyra seized again? Was it Russia or Syria that made a mistake? Pravda.Ru discussed these and other issues in an interview with observer Said Gafurov. 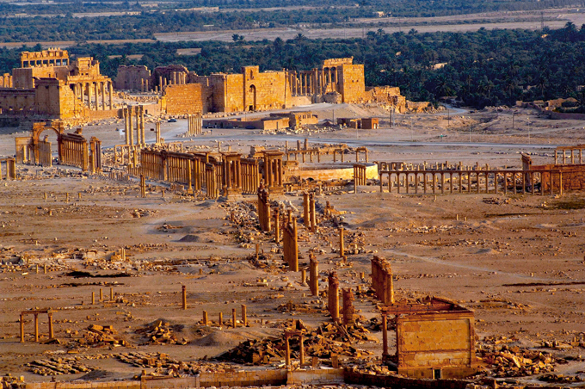 "Why did ISIL terrorists seize Palmyra again? How did it become possible?"

"Palmyra is a village now, a village in the oasis. This is a small town, but it's a very famous one. No one expected terrorists would try to take the town again. Most likely, the terrorists wanted to remind the world of themselves. Palmyra is a well-known historical site, but now it's a village.

After Russia has liberated Palmyra with its famous ancient buildings, we have not seen any considerable success elsewhere. The terrorists wanted to let others know that they are still there.

"Their repeated conquest of Palmyra was a PR stunt in the first place. They have mobilized themselves for the operation. It was a major PR offensive. The people inside the Islamic State are experienced, physically strong 30-40-year-old men. They have been ideologically processed, and they have peculiar moral and political views. However, having taken Palmyra again, the terrorists risked all they had left, and their last reserves are being destroyed now.

"The only explanation for such a move is a reduction of finance. They wanted to show that they were worth the money. At the same time, no matter how hard they may want to struggle against Assad, the latter is still in power. Up to 85 percent of the Syrian population live on the side of the government. The recapture of Palmyra was probably a stunt to obtain more money, but it didn't work."

"Do you think that Donald Trump can change the struggle against the Islamic State?"

"I think Trump will try to save money. He will look into economic problems of the United States in the first place. I do not think he will pay major attention to ISIL during the first year of his presidency. First and foremost, he will have to look into the sabotage of the state apparatus that has been working in one direction lately - to topple Syrian President Assad. "