The West unwilling to acknowledge Russia's success in liberating Palmyra

According to the Independent, the capture of Syria's Palmyra by government troops with the active support of the Russian forces was a key moment in the struggle against the Islamic State. However, Britain and US leaders pretended not to notice the landmark victory, The Independent wrote. 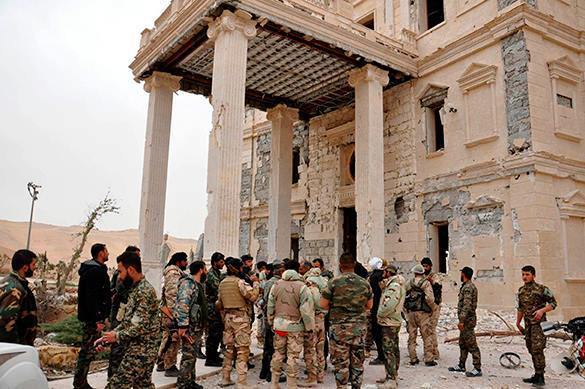 When Palmyra fell last year, the West was expecting for Bashar Assad to fall as well. Yet, the Americans were bot coming the Islamic State, even though they wanted to destroy it, a general of the Syrian Liberation Army said, The Independent wrote. The Americans were striking all the wrong targets. The struggle of the West against the Islamic State was rather demonstrative that could only contribute to the growth of the terrorist organization.

Now when the success of the Russian military operation in Syria is obvious, the West turns a blind eye on the liberation of the ancient Syrian city of Palmyra from terrorists, unwilling to acknowledge Putin's accomplishment, the newspaper said.