The Syrian-Arab army has strengthened the line of defense a few kilometers to the west off Palmyra. The army continues receiving reinforcement in the region, while government forces continue regrouping their units for a counterattack. 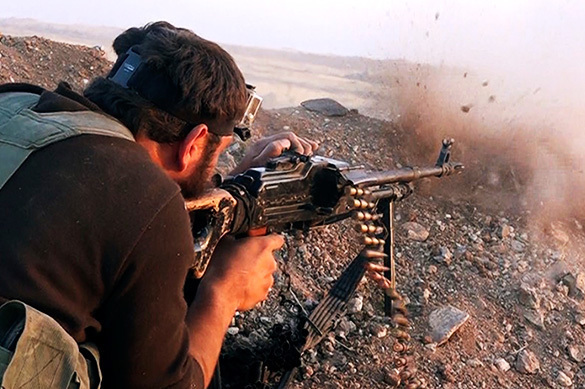 Earlier, it was reported that terrorists of the Islamic State organization (banned in Russia) had seized most of Palmyra. About 4,000 fighters entered the city and took the key heights.

According to the governor of the Syrian province of Homs, where the world-famous ancient city is located, divisions of the Syrian government army and militia are waging fierce battles against ISIL terrorists.

Governor Talal Barazi remains confident that the city will be liberated from the terrorists in the near future. "The capture of Palmyra is only a temporary success for those who support the criminal groups and the terrorists," the official said, TASS reports.

The governor said that ISIL had additionally deployed as many as 5,000 terrorists from Raqqa, Deir ez-Zor and Iraq in the area of the ancient city of Palmyra.

According to Barazi, Syrian government troops have evacuated 80 percent of the Palmyra population, whereas the fate of the remaining 20 percent remains a reason for concerns.

Experts believe that the offensive of the Islamic State terrorist group on Palmyra was organized to pull government forces from Aleppo and produce a propaganda effect on the terrorists.

"There are a few factors here, and the first one of them is a distracting move. To distract government forces from Aleppo, where they operate quite successfully, ISIL strikes Palmyra," senior researcher at the Institute of Oriental Studies Boris Dolgov told RIA Novosti.

"Secondly, there are oil fields in the area of Palmyra. Plus, there is also a significant propaganda effect. It is important to encourage ISIL militants and their affiliated terrorist groups - to show that Islamic groups can still go on offensive," the expert said.

Palmyra had been staying under the control of the Islamic State since mid-May 2015. A year later, the Syrian army with the support of the Russian aviation liberated the city from terrorists in two weeks.