US authorities took no adequate measures in connection with the attack on the CIA base, a US diplomatic mission, in the Libyan city of Benghazi, a report from a special committee of the US Congress House of Representatives said. 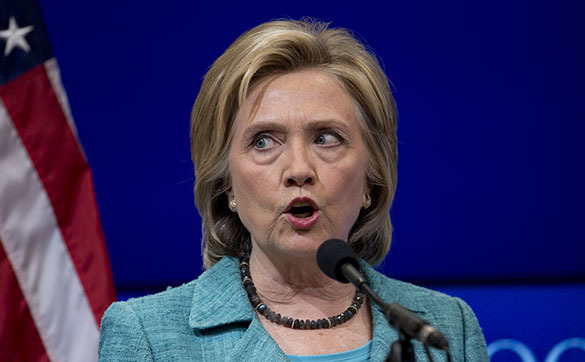 Chairman of the committee that prepared the report, Trey Gowdy, said that the US government had taken no measures even eight hours after the Islamic radicals attacked US premises in Benghazi on September 11, 2012, RT reports.

Republicans initiated the investigation into the circumstances of the attack on the CIA base in Benghazi in 2014. According to them, the Democrats in the White House were concealing the information on the case. Despite the sharp criticism of the US administration, the report contains no challenges against Hillary Clinton, who served as the US Secretary of State at the time.

The attack in Benghazi in 2012 killed four US citizens, including US Ambassador to Tripoli Christopher Stevens.

According to The New York Times, many months of investigation could not find any evidence of the involvement of either Al Qaeda or other international terrorist organizations in the attack on the US consulate in Benghazi. The attack was conducted by the fighters, who benefited from intensive air and organizational support to NATO in their struggle against Colonel Muammar Gaddafi.

The story about the killing of the US Ambassador in Benghazi is shrouded in mystery indeed. Reportedly, President Obama knew about the plans to attack the embassy in Benghazi. Obama was informed about the need to conduct the rescue operation, but the president decided not to hold it for unknown reasons. The CIA Director, the US Secretary of State, one admiral and eight generals resigned six months afterwards. Obviously, President Obama was aware of what was happening in the embassy, but decided not to conduct a special operation to save the lives of US citizens working there. Some time later, Hillary Clinton delivered a speech before Congress in late January of 2013, then she fell ill and resigned after the election.

Afterwards, Hillary Clinton was summoned to appear at Congress hearings. However, she did not come, having claimed that she had suffered a concussion when she fell due to flu-caused dehydration. Some time later, though, Clinton came up with a more "compelling" reason not to go to the hearing - a blood clot.

It is obvious that such conduct was not an attempt to avoid the consequences of "errors in policy" that consisted in the support of the Libyan rebels who committed the attack. The actual cause of such behavior was more sinister. Namely, the murder of US Ambassador Stevens in Benghazi was committed by the State Department. Moreover, the murder was an integral part of the policy of the Department of State. Hillary Clinton would have killed Stevens anyway.

Christopher Stevens was killed because he criticized the policies of the Obama administration, particularly Hillary Clinton, in the Middle East. The ambassador condemned the US strategy of state terrorism supported by organized crime groups, which the State Department calls either  "freedom fighters" or "terrorists" depending on the political situation.

After the Benghazi attack, Clinton claimed responsibility for what happened in Libya and carried out a series of reforms to strengthen the security of US diplomats.

"After the attacks, I stood next to President Obama as Marines carried his casket and those of the other three Americans off the plane at Andrews Air Force Base. I took responsibility.  And, as part of that, before I left office, I launched reforms to better protect our people in the field and help reduce the chance of another tragedy happening in the future," Hillary Clinton said. Sounds like a good key to the future, taking into account the circumstances and the presidential ambitions of the former Secretary of State.

The fact that a real monster can take office as US president is a problem for the whole world. The monster is a woman of extremely dubious moralities, who does not shun plotting mass crimes, murders and cooperation with international terrorists, who then tells reckless lies and avoids responsibility for what she has done. What future will the world have with such a monster as US president?