USA abandons Europe to be torn apart by Islamists

The Paris Unity march was presented as a response to extremist outrages, as an act of solidarity with victims of terrorist attacks that took place in Paris from January 7th through 9th, as the fact that the world is ready to stand against terrorism. Professor of Lomonosov Moscow State University Andrey Manoylo told in an interview to Pravda.Ru if it achieved its goal. 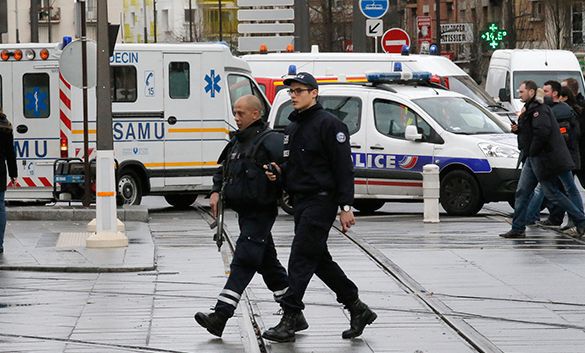 "I do not think that it achieved its goal because in essence it was a publicity event with no real program on joining efforts of all European countries in a struggle against international terrorism at the heart of it. What kind of a march was it? Heads of states gathered and walked hand in hand thus trying to demonstrate Europe's unity and show to frightened Europeans that Europe is united. Though that is not true at all. Because Europe is currently facing the gravest economic crisis. Remember Germany's statement that Greece needs to be forced out of the European Union so that it did not undermine its economy. In fact, it is an attempt to create an illusion of unity when there is none. Apparently, so far that is the only thing heads of European states can do because many of them do understand that they need to join their efforts, since they are confronted by a single, very well organized terrorists front. And none of the European states will stand in this battle alone," Andrey Manoylo stressed out.

The expert also noted that these days there were a lot of contradictions and disputes between different countries in the European Union that prevent them from joining their efforts. "For example, the other day Italy made a statement that a united security service needed to be established. That is the right attitude but it is essentially also a declaration. If we take Hollande and goals he pursues being President of France, then his main motive is not to protect France against terrorist attacks but to stay in power."

A Pravda.Ru correspondent asked why US President Barack Obama did not attend the march.

There is no unity in Europe at all

"There are several versions and speculations as to why Obama did not join this march. First of all, the U.S. has very complicated relations with the European Union these days, with its main leaders - Germany and France. It is obvious from recent statements made by Hollande when he said that the sanctions Washington was making to impose on Russia were harmful to the European Union, they needed to be lifted. Hollande made this statement and the next day Islamists attacked the offices of French magazine. The obvious version suggests itself that Islamists that carried out this attack were from ISIS which was created, formed, trained and armed by the U.S. to fight against Bashar al-Assad in Syria. Today, ISIS remains a tool to implement the policy of the United States," Andrey Manoylo stressed out.

At that, the expert noted that there were good grounds for believing that Americans extended good wishes to Hollande as soon as he began turning towards Russia. They attacked the very center of Paris, using already prepared Islamist groups. Manoylo pointed out that if it was Washington who planned this operation, using Islamists blind, then Obama had no reason to attend the march of mourning.

"The second aspect is that the U.S. are stressing out that if Europe has any problems with Islamism, migration, terrorism, then first of all these are the problems for Europe itself. Because for the United States the European Union is the largest economic and political competitor. And Europe must handle this domestic problem on its own. If it is unable to do it, then Europe needs to make an official request to the U.S. for help that will be provided under certain conditions," Andrey Manoylo said.

The Pravda.Ru correspondent asked the expert why Russia did not take such actions in response to terrorist attacks?

"Islamists declared that they would attack offices of this magazine two years ago when there was a scandal with publications of caricatures. In other words, they have been thoroughly preparing this terrorist attack for two years, they have been selecting hitmen, that must not have gone unnoticed. Nevertheless, the French have missed it. And now they are trying to put a brave face on a sorry business by different marches, in other words pretend that the government is making all the efforts and is struggling, though it is an obvious failure. Unlike the French, we are working when we struggle against terrorism. And in our country the efforts are least of all aimed at creating some illusions and show-off. That is why Russia always achieves certain results struggling with terrorism, and the French have to carry out therapeutic, reassuring events," Andrey Manoylo summarized.