Once again the World Health Organization is seriously under-funded as it strives to fight against the worst outbreak of Ebola Virus Disease in the history of the planet, one which threatens to develop into a nightmare scenario in West Africa before Christmas, and one which could become a global catastrophe. Time to pull together. 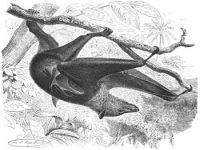 Once again in a world which spends one point seven trillion USD on weapons to murder people, we see the World Health Organization (WHO) seriously under-funded as it struggles to control the worst Ebola Virus Disease (EVD) in history. However this is not the time for political in-fighting: it is a serious global threat which could easily turn into a catastrophe, especially if the virus attains sustained infection rates outside West Africa - imagine this disease in South-East Asia, or crowded cities in Latin America. Or anywhere else.

This outbreak of EVD has a mortality rate of around 50 per cent. 4,447 people (including 236 healthcare workers) out of the 8,914 infected, have died and the WHO predicts the number will rise to over 9,000 by the end of the week, and potentially could reach 10,000 new infections weekly by the end of the year, the infection rate being 1.7, meaning each infected person infects 1.7 others. Beginning in the Republic of Guinea, West Africa, in February, the outbreak has since spread to neighboring countries Liberia, Sierra Leone and Senegal, and also to Nigeria, there have been human-to-human transmission cases in Spain (1) and the USA (2) and other cases treated in Germany (5 successfully, one death), France (1), Norway (1) and the UK (1 case). There is now a suspected case in Poland, in the city of Lodz. There are currently 6 cases in quarantine in Spain, awaiting confirmation and one in France.

The potential to spread is massive, especially because of the lackadaisical attitude of Institutions across the globe and even healthcare facilities in some cases, for instance the Texas Health Presbyterian Hospital, where Patient Zero, Thomas Eric Duncan, had reported ill after travelling from Liberia, and was sent home with a prescription for antibiotics, being diagnosed with a "low-grade common viral disease". Two of the nurses who treated him after he was finally re-admitted, Nina Pham and Amber Vinson, contracted the disease -Union officials allegedly claimed they were dealing with the patient in a terminal phase either with inadequate equipment or were not clearly informed about which protective gear to use.

It has been reported that nurses treating the patient were given the option to use the N95 masks, but some were told full protective gear was not necessary.

In Vinson's case, the hospital isolated her within two hours of reporting the virus. However, before this she had informed the Center for Disease Control about having a temperature and that she had treated a patient with EVD before taking her Frontier Airlines flight to Ohio, and was not prevented from doing so. The fact that she already showed symptoms means she was infectious and some of the 132 passengers on board that aircraft are at risk of infection.

One would expect higher control procedures at such a time, especially from healthcare professionals. Yet the situation is no different elsewhere: how many public Institutions (education ministries, health ministries, hospitals, clinics) have issued protocol procedures beyond a hastily-written flyer copying and pasting data from the WHO website?

Need for clear and concise information

It is this void in clear and concise information that gives rise to scare stories and panic attacks, apparently responsible for the lion's share of the expenses in such outbreaks. In just a week we have witnessed the Turkish Airlines' emergency landing in Rome because of two Bangladeshi passengers with temperatures, the five patients with flu-like symptoms evacuated from an Emirates aircraft at Boston Airport, the Nigerian passenger pulled off the aircraft in Madrid, the scare with the 132 passengers on the Frontier Airlines. This, the same week in which a more serious story came from the Middle East with the hospitalization of a patient in the United Arab Emirates and the news that EVD is spreading to new areas in the Republic of Guinea, Liberia and Sierra Leone.

EVD is not yet an airborne virus like the Influenza viruses, although it is transmitted by contact with bodily fluids, such as blood, faeces and vomit, milk, urine and semen, possibly also saliva and tears, more especially in the later stages of the illness, and from sweat, studies are inconclusive, according to the WHO. However, the information is unclear because the same source, the WHO, states that EVD can be caught from touching contaminated surfaces. Some say that the virus then needs to be passed to mucous membrane through touching the mouth, nose or eyes, others say it can be transmitted through lesions in the skin, while others state that it can be absorbed directly through the skin, in which case it is enough to touch an infected and contagious person.

A collective lesson: Pulling together

The history of the last week, which has seen success stories in Nigeria and Senegal (where EVD contagion appears to have been halted), but which has also seen social and political and economic disruption appearing in the areas where the infection is concentrated, is a history of heroic efforts by healthcare volunteers from around the globe fighting desperately, but together, against a common foe.

While there is no room for complacency, by pulling together and fighting side by side, the international community can beat this serious threat. Perhaps Ebola Virus Disease has taught us all a lesson.