Aeroflot: Russia's one and only?

A few days ago, it became known that Russia's largest airline, Aeroflot, was going to purchase the shares of Transaero, a large privately-owned airline, for the symbolic price of only one ruble. Why is Transaero losing its business? Pravda.Ru conducted an interview on the subject of the domestic market of air carriers with the head of analytical department of Aviaport Company, Oleg Panteleyev. 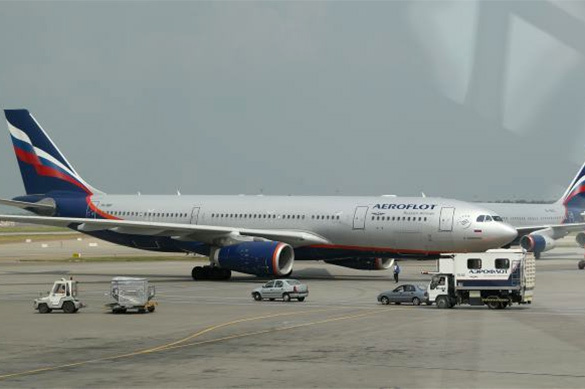 "Russia's No.1 air carrier is purchasing No. 2 carrier for the symbolic price of one ruble. How will the deal affect the state of affairs on the Russian aviation market?"

"Indeed, there was a very serious meeting on September 1 devoted to the problems of Transaero. The airline has accumulated large debts both to banks and service providers. Both the creditors and the government are highly concerned about the situation.

For the government, there are three important issues. First and foremost, the airline has sold about two million tickets, and one needs to ensure that every customer receives the service, for which the money has already been paid.

Secondly, Transaero employs more than 11,000 highly qualified specialists, and all of those people should keep their jobs. Finally, there are large creditors among banks that do not want to suffer losses, should Transaero stop working as a company.

Therefore, one of the solutions was to sell Transaero shares to Aeroflot: 75 percent plus one share for the symbolic price of 1 ruble. In a nutshell, if problems of the air carrier go under the control of Aeroflot, financial institutions will be willing to discuss issues of refinancing the debt."

"Was Aeroflot interested in the deal? What are the pros and cons of the deal for Aeroflot?"

"The cons for Aeroflot are quite obvious: the financial position of the airline will worsen considerably as soon as the deal is signed. The management of Aeroflot is facing very complicated objectives for the integration of new assets into business. A positive aspect of the deal is that Aeroflot is losing a major competitor. As a result, Aeroflot may raise the efficiency of the whole industry.

"For example, Aeroflot, in the person of its CEO, advocates to legalize the practice of overbooking. Overbooking is the practice of over-limit ticket sales - a method of increasing the profitability of airlines. According to statistics, up to seven percent of passengers either do not appear for the flight or refuse from the trip at the last moment. As a result, an airplane flies with empty seats. In Russia, many are opposed to this practice to protect the interests of passengers."

"Is it possible that Aeroflot will become the undisputed monopoly in Russia as a result of the deal?"

"A monopoly may materialize only if there is only one air carrier operating on one particular line. For the time being, there is no line on the Russian market, where Aeroflot is the only company. After the deal, if it takes place, Aeroflot may become the only airline to fly to the Far East from Moscow, for example. Still, there will be an alternative to fly other airlines, even though the down side of it would be interchange flights."

"What are the big players that create the face of the Russian market of air carriers?"

"In the first place, there is Aeroflot, a group of companies that includes Aeroflot, Russia airline, Orenburg Airlines, Donavia that flies from Rostov-on-Don, Aurora Airline in the Far East, and our low-cost airline Pobeda.

"This is a large group of airlines that controls a little less than 50 percent of the passenger market in Russia. The second place belongs to Transaero with more than 14 percent of the market. The list continues with S7 Group that includes S7 Airlines, Globus, UTair and Ural Airlines."

"What is happening to passenger traffic now?"

"We can see that domestic traffic has been increasing to over 55%. This is largely because of the declining rate of the Russian ruble. Many of those, who preferred to fly to Turkey, Egypt or Europe, now prefer to fly to the Caucasus and the Crimea. Passenger traffic on international flights has collapsed. Some airlines refuse from international flights and prefer to fly more inside Russia, thus creating a bigger  competition. As a result, the total losses of all Russian airlines for the first three months of this year amounted to 19 billion rubles because of domestic routes."

"Do we have to expect more bankruptcies?"

"Obviously, the market will need to learn to develop reactions. One can either lease excessive aircraft or engage into predatory pricing."