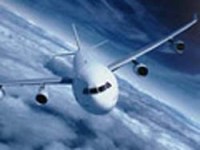 Russian carrier Aeroflot unveiled its brand value. According to this estimate, the company currently ranks among the 20 most expensive airlines in the world. At the end of 2010 the value of Aeroflot was $1.086 billion. Analysts mention the steady position of the brand, its status and high customer loyalty.

Evaluation of Aeroflot brand was conducted by British company Brand Finance, an acknowledged world leader in brand evaluation. According to Director General of JSC Aeroflot Vitaly Saveliev, "our company's entering the top-20 world aviation brands is yet another confirmation of the status of Aeroflot as one of the major players in the global marketplace."

According to a study conducted by Brand Finance, Aeroflot is one of the few Russian companies in the non-oil sector widely known in the world and able to compete on equal terms with the leaders of the global aviation industry. To date, the largest share of the cost of the brand of Aeroflot is in the domestic market. According to "Business Times", the most favorable foreign market for the company is Europe, where Aeroflot is known and the strength of its brand is very significant.

According to KP.ru, Aeroflot is currently trying to further increase brand loyalty through improved service. The company has already enhanced the criteria of flight attendants selection. Many of them have already been trained in the school of air service in Singapore and are successfully sharing the experience with their colleagues. Flight attendants' uniform was updated as well and became more stylish. Aeroflot began to provide Internet access and mobile service on board aircraft. Many passengers noticed that the quality and variety of meals and assortment of drinks have been improved.

The experts of Brand Finance say that under favorable market conditions and the right strategy, the brand value of the company could reach $1.4 billion by the end of this year. In assessing the brand the agency relied on the forecast value of the company's business in a 5-year term, the value of all trademarks of the company, domain names, corporate identity and business reputation, Vedomosti reports.

Estimated cost of the branded business of Aeroflot in terms of passenger traffic is estimated at $5.23 billion.

"In the air transportation the share of the brand (brand name, marketing component, image and reputation of the company) in business evaluation is much lower than in other industries as air transport is characterized by low predictability of profitability and high sensitivity to external factors. Against this backdrop, the brand of the leading Russian airline looks more than worthy," the study says.

In addition, Aeroflot boasts one of the highest ratios of brand value to market capitalization. In this regard, analysts of Brand Finance claim that the company is undervalued: Aeroflot should cost $5.235 billion, and the brand's share in this value should be 21%. Vedomosti noted that the capitalization of Aeroflot on the MICEX was approximately $2.7 billion. At the same time, the Russian air carrier did not ranke among the International Association of Civil Aviation in the top 50 carriers in 2009.

The most expensive brands among airlines are Lufthansa ($3,770 billion), Singapore Airlines ($ 3,585 billion), Emirates ($3,395), Delta Air Lines ($3,153) and China Southern Airlines ($2,495). With regards to other areas of the economy, Russia's largest retail bank Sberbank has taken 65th place in the world ranking of banking brands. Brand Finance recognized WalMart as the most expensive brand in the world.
Artyom Chernyavsky
Pravda.Ru