Relations between Russia and the United States continues to spread onto new areas. Disputes embrace the fields of missile defense, European security, Kosovo’s independence and so on. Spokespeople for the Foreign Affairs Ministry of Russia released a statement yesterday about the rejected publication of the ministry’s head Sergei Lavrov in US magazine Foreign Affairs. The ministry particularly accused the respectable publication of biased censorship. 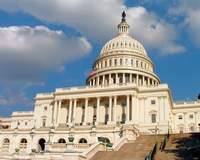 “The editors of the magazine cut the article by almost 40 percent, which made it lose the original point. Some of the edited points virtually suggested Mr. Lavrov should agree upon well-known approaches of the incumbent US administration, which we strongly do not accept. As a result of the wearisome communication with the editing team of the magazine we eventually decided to withdraw Sergei Lavrov’s article from Foreign Affairs. This experience recalls the worst traits of the past Soviet censorship, which, as it seems, someone would like to repeat in America. It is a great pity for us to know that some of the US media display restrictive tendencies which narrow USA’s intellectual resource. We are certain that the USA deserves something better,” a statement from the Foreign Affairs Ministry of Russia ran.

It does not matter that Sergei Lavrov intended to address to the readers of the US magazine to rebut popular anti-Russian stereotypes. It seems to be much more important for the USA to secure naive and trustworthy Americans against dangerous ideas of the Russian minister, the Vremya Novostei newspaper writes.

The title of the article ‘Containing Russia. Back to the Future?’ speaks for itself. It was the editing team of the magazine that initiated the discussion on the subject of “the containment of Russia.” The discussion raised serious doubts immediately. “The formulation of the issue clearly testifies to the fact that little has changed for some people since the Cold War era,” Sergei Lavrov wrote in the article.

To add more fuel to the fire, Foreign Affairs editors wanted to write a subtitle for Mr. Lavrov’s article, which would express the idea about the prevention of the new Cold War or a conflict between Russia and the USA. “Such a subtitle completely contradicts to the key thesis of the Russian minister’s article. The Russian administration believes that any discussion about the new Cold War or any significant conflict in the US-Russian relations is out of the question. There are no reasons for it,” a statement from the Foreign Affairs Ministry of Russia said.

“There is no censorship in the USA per se. However, every publication has its own editing policy, its own rules and regulations. Almost all of US publication are owned privately. Editors and directors are hired to supervise the work,” Nikolai Zlobin, the Director of the Russian and Asian Programs of the Washington Institute of Global Security said in an interview with the Vremya Novostei newspaper.

Foreign Affairs magazine is published since 1922. It is one of the leading US magazines dealing with the US-led foreign policies. It is the magazine of the World Affairs Council – an influential public organization that tends to take Democrats’ side. This magazine has its own stance and rules which have nothing to do with censorship. If Russia’s Foreign Minister wants to publish his article in the USA unedited, without any extra subtitles, he can do it with thousands of other US publications. They are used to it in Russia: if a top official writes an article then it immediately becomes a huge success, and editors prefer not to correct anything at all, not even commas. In the USA they will edit President Bush and congressmen alike,” Zlobin told the Vremya Novostei newspaper.

A reference book titled ‘The Foreign Press’ (published in the USSR in 1986) says the following about Foreign Affairs editors: “Foreign Affairs editor represent the interests of the USA’s ruling elite.” There was nothing in Sergei Lavrov’s article that could pose a threat to those interests. The Russian minister only analyzed the international state of affairs and the problems in which Moscow and Washington can and must cooperate. They include the regulation of conflict in Iraq and Lebanon, the solution of Iranian and North Korean nuclear programs, the situation in Darfur, the status of Kosovo, etc. “There is nothing that can separate Russia and the USA. The two countries and their allies share responsibility for the future of the world. “It is not Russia that should be contained. Those who wish to undermine the stable US-Russian partnership should be contained instead,” Sergei Lavrov wrote in conclusion of his article, which the readers of Foreign Affairs will never be able to read.