Russia pulls out from INF Treaty to paralyze NATO

Russia's pullout from the INF Treaty will paralyze NATO, because uncertainty about the solidarity of its members is the biggest challenge that the alliance may face. 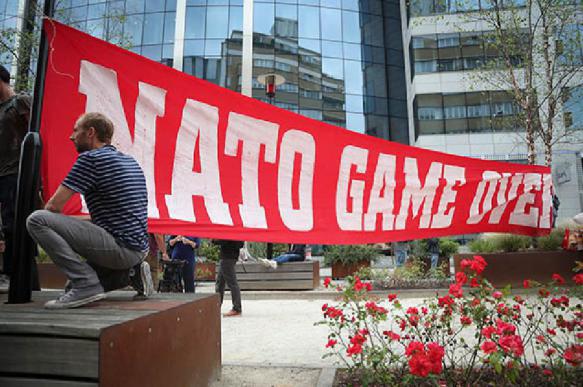 On August 2, the United States officially withdrew from the Short and Medium-Range Missile Treaty (INF Treaty) after six months of ultimatum to Russia.

"On August 2, 2019, on the American initiative, the Treaty signed by the Soviet Union and the United States of America on December 8, 1987 in Washington on the elimination of medium-range missiles was terminated," the Russian Ministry for Foreign Affairs said. On February 1, the United States initiated the withdrawal of the landmark agreement signed during the Cold War, postponing it for six months.

NATO officially approved the position of the United States by claiming that Russia's 9M729 missile violates the INF Treaty. Moscow denied the allegation, insisting that the new missile has a maximum range of 480 kilometers.

On July 3, Russian President Vladimir Putin ratified the suspension of Russia's participation in the INF Treaty. Due to the lack of evolution in the talks, Russia and the USA automatically pulled out from the INF Treaty on August 2.

Now the two countries can develop and manufacture ground-based missiles with a range from 500 to 5,500 kilometers. The Pentagon has obtained an opportunity to modernize its arsenal to confront China that seeks military superiority in Asia.

According to Thomas Mahnken, a Senior Research Professor at the Philip Merrill Center for Strategic Studies at Johns Hopkins SAIS, "the United States should field new ground units armed with intermediate-range land-based missiles on U.S. and allied territory along the Western Pacific archipelagos. Deploying these missiles will help prevent the nightmares that keep Pentagon officials up at night. Such weapons, capable of denying China the use of littoral waters, would be a powerful deterrent to Chinese aggression."

As for Europe, Washington promised not to deploy new nuclear missiles there, but gave no promises about the deployment of conventional weapons. Modern technologies allow the development of medium-range weapons that are much more accurate than 30 years ago. "The technology has changed so much that is makes it militarily attractive," William Courtney, an arms control expert at Rand Corporation said.

NATO Secretary General Jens Stoltenberg stated on Friday that Moscow's proposal was not credible. "This is not a credible offer because Russia has deployed missiles for years," Stoltenberg said. "There is zero credibility in offering a moratorium on missiles they are already developing. There are no new US missiles, no new NATO missiles in Europe. But there are more and new Russian missiles," he said at a Friday press conference in Brussels.

Political scientist Nikolai Platoshk told Pravda.Ru that the United States profits from the death of the INF Treaty, because Russia would not be able to respond adequately to a missile attack on Moscow from Romania or Poland. In other words, if NATO (Washington that is) attacks Moscow, Moscow will not have enough time to attack Washington.

At the same time, Moscow can launch a missile attack on all European capitals except Lisbon. This raises a question of solidarity within NATO. Poland may wonder whether Washington is going to launch a counterattack should Russia attack Poland.

Russia does not mind another arms race with USA