A new round of tensions between Russia and the United States has affected the treaty on medium and short-range missiles commonly known as the INF Treaty. US President Trump said that the United States would pull out from the agreement because it was Russia that did not abide by its obligations under the contract. 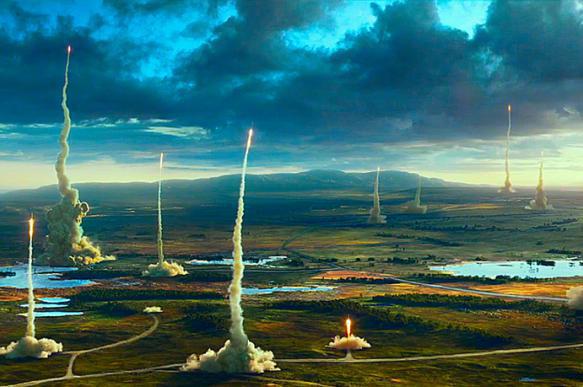 Trump noted in his statement that Russia and the USA could still discuss the issue. In his speech, Trump also mentioned China, which is not part of the bilateral treaty.

The INF Treaty was signed in 1987 by Reagan and Gorbachev in the wake of the "detente" policy. The signing of the treaty looked natural against the backdrop of NATO's promises of no expansion to the east. Therefore, it was short and medium range missiles that the USSR could use to strike Europe in case of a global war. For the US, such missiles were like spare tyres. As we know, NATO began expanding, and the USSR ceased to exist as a state.

Russia started presenting its complaints to the USA in connection with the INF Treaty several years ago, when the United States deployed several Tomahawk-capable launchers at NATO bases in Romania and Poland. That was the first step that the USA made to violate the terms of the agreement.

While the United States and Russia were pursuing a diplomatic policy of mutual deterrence, other countries  - mostly Asian states and China in the first place - were developing short and medium-range missiles. Today, China appears to be Russia's strategic ally, against which the USA is waging a trade war.

A few years ago, American analysts, historians and Sovietologists said that it was a mistake for the United States to let Russia and China develop cooperation with each other. Russia, despite sanctions and other issues of global confrontation with the West, remains one of the guarantors of global security both in the East and in the West.

It is worthy of note that the Munich Security Conference is taking place in Minks, the capital of Belarus, in November. Putin, Merkel and Macron may conduct negotiations during the summit as an act of rapprochement with Russia. Without a doubt, Putin will deliver another landmark speech at the conference - we have already heard the prologue to it about the enemy that will "just die and will not even have time to repent."

When saying that, Putin noted that Russia's military doctrine is based on the retaliatory, rather than preemptive blow. However, those words of his were ignored and paid no attention to.

Interestingly, it was not the first time when Putin warned of global catastrophe. In his interview for a documentary titled World Order 2018, the Russian president said: "If someone decides to destroy Russia, we have a legal right to respond. Yes, it will be a global catastrophe for humanity, for the world, but as a citizen of Russia, as the head of the Russian state, I want to ask myself: why do we need such a world in which Russia does not exist?"

The documentary was released in early March of this year, and Putin has not announced anything fundamentally new on this topic since then. However, the international community gets hysterical every time when he reiterates the idea, as if the head of the Russian Federation announces Armageddon on his own behalf.

However, if one casts emotions aside and looks at Putin's remarks from a purely pragmatic point of view, they mean only one thing: the head of the Russian Federation is absolutely sure that such a retaliatory strike will take place and it will be lethal for the enemy.

Russia should discuss global security with Western countries from the position of force. Putin's views that we mentioned above also mean that Russia's nuclear arms are all set. Indeed, Russia has been strengthening its influence in the field of security, at least in Europe, which the USA considers its own, entirely controlled territory, even though the EU and the USA have had economic disagreements lately.

USA's announcement of its intention to exit the INF Treaty means that Washington does not guarantee protection to Europe in the event the Russians decide to attack Europe.

"We have said many times that there were no grounds for the Americans to accuse Russia of the alleged violation of the treaty. In this case, there is nothing left for us but to take retaliatory measures, including of military and technical nature, but we would not want to bring the matter to this point," deputy Foreign Minister Sergei Ryabkov said.

There is a bureaucratic nuance here. The INF Treaty is indefinite, but it provides for the right of unilateral withdrawal if the outgoing party has irrefutable evidence proving facts of violations of the agreement by the other party. Needless to say that the United States has no such evidence.

However, the United States has never worried much about the need to base its decisions on evidence - suffice it to recall the bombing of Yugoslavia or the invasion of Iraq.

It is worth remembering that Russian officials had spoken about the obsolescence of the INF Treaty as well. In 2007, then-Defence Minister Sergei Ivanov said in one of his interviews that Russia ought to have medium and short-range missiles just because India, Pakistan, Korea, China, Iran and Israel have them too. "These countries are located close to our borders, and we cannot ignore this. There are only two countries are not allowed to own such missiles: Russia and the United States. It cannot last like this forever," he said.

In 2013, Vladimir Putin also talked about the treaty in a similar key: "I remind you that the Soviet Union, and then, naturally, the Russian Federation, had abandoned the system of medium-range missiles and signed an agreement with American partners. Yet, it is not very clear why the Soviet Union had done it bearing in mind the fact that the Americans cannot use such missiles anywhere. For the Soviet Union and for today's Russia, given the fact that other neighbouring countries develop such missiles, the decision was at least questionable."

Experts believe that the agreements, which Russia and the United States concluded during the Brezhnev-Nixon and Gorbachev-Reagan years, are just as irrelevant as the Berlin Wall. Let's take the ABM Treaty. While Russia and the USA were containing each others' ABM systems, Pakistan and South Africa obtained nuclear weapons, and Iraq was successful in building ballistic missiles on the basis of Soviet ones.

It is worthy of note that the news about USA's withdrawal from the INF Treaty generated rumours about the intention of the United States to exit START-3. We would like to mention here that Russia has the so-called "Dead Hand" system. The system ensures a retaliatory strike on the territory of the United States even if the control system of Russia's Strategic Missile Forces is completely destroyed.

Russia can also start deploying sea-based missile systems armed with the strategic cruise missile KS-122. We also have the P-500 - medium-range cruise missiles, as well as the X-102 with a range of 5,500 kilometres. Such complexes can be deployed in Siberia being installed on trucks or railway platforms to make them virtually invulnerable to the enemy.

The self-propelled Status 6 super torpedo with large-caliber warheads up to 120 megatons is capable of initiating destructive geophysical processes in the United States.

Most importantly, all these systems work in the concept of retaliatory, rather than a preventive strike.

Trump wants to deprive Russia of an ally now - China. One cannot say that the Russian economy is much more stable than the Soviet one. Another arms race for Russia is just as dangerous now as it used to be for the Soviet Union, especially if oil prices go down again.

John Bolton is coming to Moscow to talk about not only Syria and Iran, but also the plans for another meeting between Putin and Trump. Usually, top level meetings are not held so easily if there is a global conflict looming.