American eagle and Chinese dragon: Their fate is now sealed

China and the United States are entering an active phase of confrontation. Kiron Skinner, the Director of Policy Planning at the United States Department of State, in a rude fashion declared the incompatibility of the two civilizations having in fact accused Beijing of not being part of "European culture." 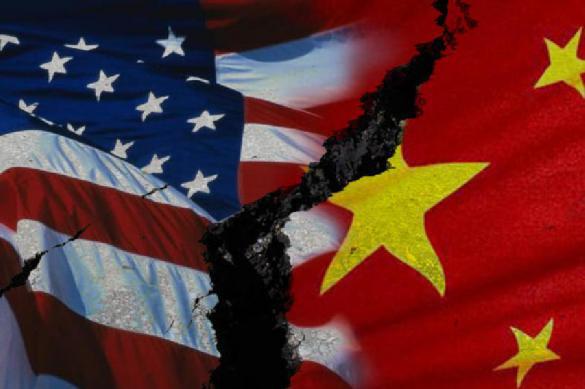 In fact, the foundation for the confrontation between the United States and China appeared a long time ago. Will the Trump administration succeed at ruining the relations with China and what can China do in response to the tough position of the United States?

In addition to obvious arguments about an opportunity to close the Chinese sales market for America, as well as an opportunity to demand urgent repayment of debt, the Celestial Empire has other very interesting and no less significant leverage.

First and foremost, China can literally paralyze the entire high-tech industry of the United States by depriving US companies of access to rare-earth metals on the territory of China. It is the People's Republic of China that mines more than 70 percent of rare-earth elements. The largest deposit is located at Bayan Obo mining district. Officially, however, China has only 23 percent of all world reserves. Currently, the global demand for this type of mineral resources makes up about 200-240 thousand tons.

No computer, tablet, cell phone, fluorescent lamp, wind turbine, hard drive, laser or magnet can be made without at least several metals that belong to the group of rare-earth elements. For example,  every lithium-ion battery contains lanthanum. To polish the glass of any IT product, cerium oxide is required. China also produces scandium, yttrium, lanthanum, dysprosium, samarium, europium, gadolinium, terbium, promedium, neodymium, lutetium, thulium and some other rare-earth elements.

Interestingly, Beijing had long banned the export of this type of minerals as raw materials. China exports only products received as a result of processing. It was in this connection that the Washington administration excluded rare-earth metals from the list of goods subject to duty for their  import into the United States.

Donald Trump, an experienced businessman, is ought to realize that he is shooting himself in the leg.

There is also an issue of control over the cargo traffic between Europe and Asia. The successful trade between the two continents is made possible thanks to the free flow of goods through the area of the Malacca Strait. Afterwards, commercial ships sail across the South China Sea. According to GTIS, this route accounts for the transportation of up to 15 million barrels of crude oil daily, which makes up about 30 percent of world traffic.

Chinese officials realize that tight control over shipping in the Strait of Malacca is capable of changing the entire global economic landscape. At the same time, such measures are necessary to ensure the energy security and economic sovereignty of China. These waters are sadly famous for attacks on tankers and dry-cargo ships, while China receives the lion's share of its energy resources by sea.

In July 2016, a fierce dispute sparked between China and the United States. Beijing began to expand the area of nameless islands of the Spratly archipelago in the South China Sea. At present, China already uses artificial structures as transshipment bases for operations of the Chinese Navy.

Three years ago, the United States saw that as an infringement of its role of the naval gendarme and sent the Pacific Fleet to the region. Beijing pretended not to have noticed the maneuvers and continued insisting on the need to recognize the status of national territory for the artificial islands, which, in accordance with international law, implies an exclusive economic zone 200 nautical miles wide.

Responding to USA's saber-rattling, Beijing succinctly declared its readiness for an armed conflict, and the United States backed out.

China's tough position on Spratly Islands is in a way akin to Russia's position on the Black Sea. It is hard not to notice that in either case, the US attempts to impose its will through military diplomacy methods. The USA feels it has a right to invade economic space of other countries thousands of kilometers far from its shores. In response to USA's aggressive policy on the problem in the South China Sea, Beijing announced the creation of an air defense identification zone over the artificial islands having thus taken control over airspace above the world's largest transport artery. One may assume that China will build a few bases for nuclear submarines next.

Do the Americans understand that they may lose the computer industry that will wither away without rare-earth metals? In addition, China is already in a position to prevent the export of American goods by sea to Europe and Asia.

Meanwhile, China is ready to launch its third aircraft carrier with a displacement of about 80,000 tons. The new ships will have electromagnetic catapults for the accelerated take off of aircraft. There is no doubt that Chinese aircraft carriers will serve in the waters of the South China Sea to  persistently defend the interests of the Middle Kingdom in the face of invaders from overseas. 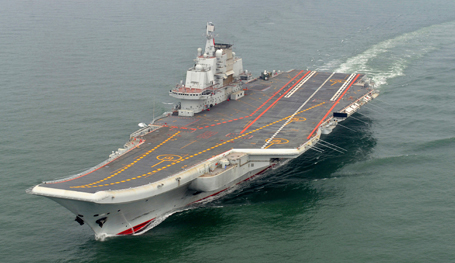