China shows its military might on disputed Spratly Islands

Trump's trade war with China is a way of putting pressure on Beijing for its behavior in the South China Sea. Xi Jinping, in response, has "covertly" deployed air defense systems and missiles on the disputed Spratly Islands, making it clear that he will stick to guns. A lot will depend on the behavior of the countries of Southeast Asia, but their leaders are not offering fresh solutions. 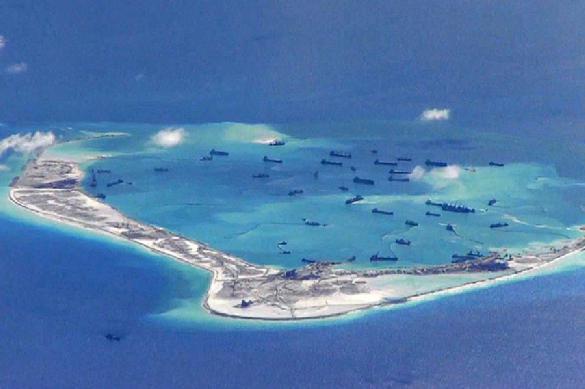 During the recent month, China has covertly deployed anti-ship cruise missiles and an anti-aircraft missile system on three islands of the Spratly archipelago in the South China Sea, CNBC reported. These islands are disputed between China, the Philippines, Vietnam, Taiwan, Malaysia and Brunei.

China's YJ-12B cruise missiles are capable of striking ships within a radius of 295 nautical miles (about 546 kilometres), as well as air targets at a distance of 160 nautical miles (approximately 296 kilometres). According to Business Insider, there are about 27 advanced bases on the islands equipped with "runways for airplanes, lighthouses, tourist resorts, hospitals and farms."

It was in early April, the publication said, when intelligence services found that China was moving radar and communication equipment to the Spratly Islands. Many assumed that the United States was going to counteract to that.

Beijing has become very strong in its control over the controversial South China Sea, and only an armed conflict can stop China, US lawmaker Philip S. Davidson, commander of the US Navy, believes.

Davidson asserts that the Chinese army will be able to use these bases "to challenge the American presence in the region." He warns that the forces deployed on the islands will easily surpass the forces of any other adversary from the South China Sea region. Thus, China can now control the South China Sea under any circumstances, except for the war with the United States," he said.

Chinese military officials claim that China has the "natural right of a sovereign nation" to deploy troops and military equipment built on the reefs of the Spratly Islands.

Director of the Ho Chi Minh Institute, Professor of St. Petersburg State University, Head of the Department of History of the Far East, Doctor of Historical Sciences, Vladimir Kolotov, told Pravda.Ru that the countries of Southeast Asia are trying to resolve territorial disputes with China through negotiations based on international law, but China does not agree to that. Legally, these are not islands, but reefs, the expert said. China makes them larger, builds facilities there, including military ones, and populates them. Afterwards, China claims that other countries can not fish in those waters, nor can they engage in mineral exploration, as well as oil and gas production activities.

The Vietnamese, Vladimir Kolotov said, say that "Chinese border guards attack fishing boats, use water cannons, wash sailors overboard or conduct ram attacks." Yet, China's armed confrontation with the Philippines or Vietnam is unlikely. However, the United States has become an active advocate for freedom of navigation lately, and the trade war unleashed by the Trump administration is another measure of putting pressure on Beijing, the expert believes. "Therefore, another round of tensions may lead to an armed conflict, when the Chinese sink an American or an Australian ship - the Australians also try to play these games," Vladimir Kolotov told Pravda.Ru.

The way out of the crisis is possible: China and the countries of Southeast Asia should agree with each other without any help from the outside. "The Americans will be manipulating the situation in a way beneficial to them, rather than to complainants from among the countries that have territorial disputes with China.

In July 2016, the Permanent Court of Arbitration in The Hague ruled that China had no grounds for territorial claims in the South China Sea. The court decided that the disputed territories of the Spratly archipelago were not islands and could not form an exclusive economic zone. Beijing did not recognize the ruling. 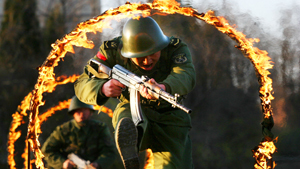