It transpired that Azerbaijan, a former Soviet republic in the South Caucasus, intends to join the Collective Security Treaty Organisation (CSTO - a military bloc of former Soviet republics). It was also said that Russian President Vladimir Putin and his Azeri counterpart Ilkham Aliyev supposedly concluded a secret deal on the subject. 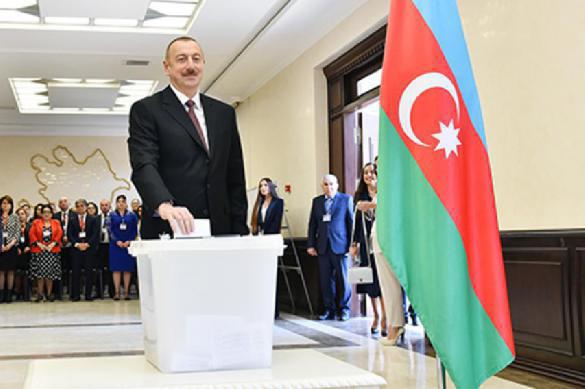 Under the terms of the secret deal, Azerbaijani joins the CSTO as an observer, and Moscow uses its influence on Armenia to help Azerbaijan regain control over five out of seven areas adjacent to Nagorno-Karabakh. Currently those regions are occupied by Armenian troops.

There is a very important detail to the story: representatives of the Ministry for Foreign Affairs of Azerbaijan did not refute media reports about an opportunity for Baku to join the CSTO. Khikmet Gajiyev, an official spokesman for the department, merely refused to comment on the information. As is known, the phrase "no comment" in the diplomatic language most often means that the information is likely to be true to fact, but officials opt not to comment on the subject.

"At the moment, we have no additional comments on this matter," Gajiyev said at a briefing in Baku, Azerbaijan. Further, the official said that Armenia would not be able to veto Azerbaijan's membership in the organisation. "Armenia is not the only member of the CSTO, there are other members in this organisation," the Azerbaijani diplomat stated.

Meanwhile, Armenia does not hide concerns over Azerbaijan's possible entry into the CSTO. Acting spokesperson for Armenia's Foreign Ministry, Anna Naghdalyan, said: "The possibility for Azerbaijan to join the CSTO is being discussed at the level of the expert community, but the official position of the Foreign Ministry is as follows: Armenia will use its veto right."

The meeting between Russian President Vladimir Putin and his Azeri leader Ilham Aliyev, which was held last Saturday, September 1, in Sochi, added more fuel to the fire. Those were face-to-face talks, so no one know what the two presidents were talking about behind closed doors.

However, it became clear from the statement that Ilham Aliyev made right after the meeting that one of the main topics of the meeting was the problem of the Nagorno-Karabakh conflict. The president of Azerbaijan reiterated that Armenian troops should leave from seven areas adjacent to Nagorno-Karabakh.

It is not clear yet whether Vladimir Putin agreed to assist Azerbaijan in regaining control over those areas. It can be possible, however, that Putin and Aliyev concluded the CSTO-in-exchange-for-territories deal.

We may soon witness a historical moment in the near future, when Azerbaijan joins the CSTO as an observer, and Armenia puts up no obstacles under the pressure of Moscow to return five of seven occupied territories.

The problem, however, is that the Collective Security Treaty Organisation does not envisage such an entity as "observer country in the organisation," although it is not hard to set up such a mechanism.

Azerbaijan, being a member of the international Non-Aligned Movement, like Turkmenistan and Uzbekistan, positions itself as a country that adheres to a neutral status. In other words, the country refuses to enter military blocs, including NATO, and excludes the deployment of foreign military bases, including Russian ones, on its territory.

The CSTO is a purely military organisation. If Azerbaijan joins the organisation, even as an observer, it would mean that the country will violate policy of neutrality in foreign policy.

Azerbaijan has also applied to join another regional association - the Shanghai Cooperation Organisation (SCO). Baku has already received the status of a "partner country for dialogue" in this initiative. Although the SCO, unlike the CSTO, is not a military organisation, membership in it comes contrary to the concept of a neutral foreign policy of the country. In light of the current aggravation of relations with Washington, the SCO is becoming a counterweight structure to the offensive foreign policy of the United States.

In a nutshell, Moscow's message to Armenia is simple: If Yerevan continues its policy of rapprochement with NATO, the Kremlin will toughen its stance on Armenia and, quite possibly, revisit the issue to return some of the territories adjacent to Nagorno Karabakh to Azerbaijan.