Putin to give up on Iran in exchange for Ukraine and lifting of sanctions?

Washington hopes that Moscow will sacrifice Tehran to single-handedly govern the post-war Syria. Putin has an excellent opportunity to take control of Ukraine and get rid of sanctions. 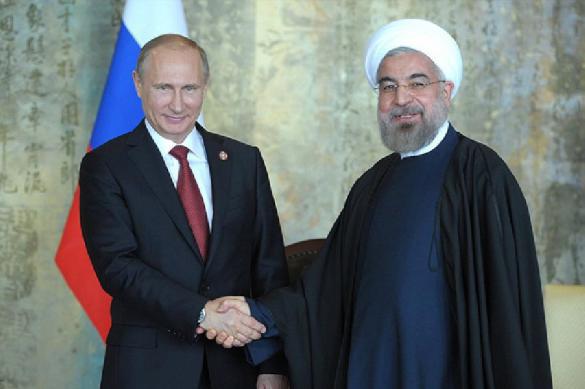 The situation around Syria began to heat up again after the meeting of US-Russian national security advisors John Bolton and Nikolai Patrushev ended with no results. Earlier, representatives of the Russian Defense Ministry warned about a possibility for another provocation with the use of chemical weapons to take place in Syria's Idlib. The United States, Russian officials said, wanted to stage another fake chemical attack in Syria to strike another missile blow on the country.

In April of this year, after the alleged chemical attack in Syria's Douma, Donald Trump ordered to launch "smart missiles" on Iranian units.

Marwan Kabalan wrote in an article for Al Jazeera that until recently, Russia had viewed Iran as an important partner in Syria. "Iran helped Russia achieve common objectives, including defeating the Western-backed rebellion in Syria, preventing Turkey and the Arab Gulf states from winning the war in Syria, and taking revenge for what Putin believes a master deception plan by the west to intervene in Libya and remove a Russian ally," the author points out. However, he continues, the interests of the two allies began to differ.

According to Kabalan, Russia wants to use its advantageous positions in Syria as a bargaining chip to resolve most fundamental issues: Ukraine and economic sanctions:  "Iran wants to enhance its military presence in Syria as a deterrence to prevent a possible US or Israeli attack against it. As the US and Israel show more determination to force Iran out of Syria, Putin's role becomes more crucial. If he chose to cooperate, Iran's position would become untenable."

According to Kabalan, Putin will agree to part with Iran only if the agenda transforms into "Iran for Ukraine" deal. "Until he can get there, Iran will stay in Syria even if a few kilometres away from the borders with Israel," the author concludes.

Vladimir Avatkov, director of the Center for Oriental Studies, International Relations and Public Diplomacy, told Pravda.Ru that Russia does not engage in such geopolitical exchange deals. "This is beyond Russian political traditions. Unlike the Americans, we are trying to build a security system in the Middle East that would respect the rights, interests and values of all regional players. In this connection, I suppose that such a deal is impossible," Vladimir Avatkov said in an interview with Pravda.Ru.

In his opinion, Al Jazeera's fake news has a goal to undermine upcoming talks between Russia, Turkey and Iran. Moscow, Ankara and Tehran have managed to establish effective partnership, "and it's wonderful that Turkey is moving away from its pro-Western policy and gaining its own position in international affairs," the expert added. At the same time, he continued, one needs to understand that Turkey and Iran have their own interests in Syria. "That's why Iran and Syria concluded a military cooperation agreement and continue to negotiate with Turkey," Vladimir Avatkov told Pravda.Ru.

During the tripartite talks between Russia and Iran and Turkey in Tehran next week, the parties will discuss questions related to the restoration of Syria, return of refugees and the future arrangement of Syria's statehood. "As for the possible missile attack, the Americans want to slam the door beautifully and grab at the phantom possibility of regime change demonizing it in every way," the political scientist said in an interview with Pravda.Ru.