The West continues accusing the Syrian leadership of the use of chemical weapons in the city of  Douma. However, the Russian side has evidence proving that the chemical attack that allegedly took place on April 7 was a staged provocation, official representative of the Ministry of Defense of Russia, Major-General Igor Konashenkov said at a press briefing. 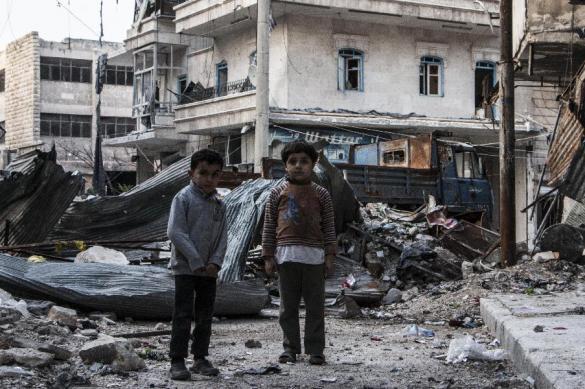 "The USA and several Western countries continue their unfounded accusations claiming that the Syrian government used chemical weapons against the peaceful population of Eastern Ghouta. Almost a week has passed, but neither the United States nor several European countries have provided any evidence proving the alleged use of poisonous substances by Syrian troops in the city of Douma on April 7," Konashenkov said.

According to him, the Russian Ministry of Defense has evidence proving that there was a planned provocation carried out in Douma, the purpose of which was to mislead the international community.

"Its true goal is clear to everyone - to push the US to striking missile blows on Syria," Konashenkov stressed.

Earlier, Russian Foreign Minister Sergei Lavrov said that Russia had irrefutable evidence proving that the incident involving the use of chemical weapons in the Syrian city of Douma was a false-flag operation conducted by foreign special services.