USA and Turkey: The elephant kicks the barking pug aside

The fight between the United States and Turkey continues. Following the decision to raise duties on steel and aluminium, US officials announced that Turkey's participation in the program on preferential imports of goods from developing countries to the United States (GSP) could be discontinued. The US is waging a large-scale economic war against the world, which makes the dollar strong, but this is not beneficial to American exporters. 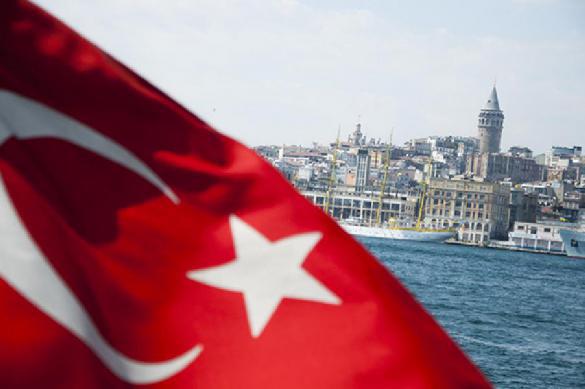 Apparently, the hard line of the Turkish administration is a thorn in Donald Trump's side. In Syria, Erdogan is fighting against US-backed Kurdish military groups (YPG). The Turkish president also refused to support US sanctions against Iran. Moreover, Recep Erdogan was the first leader to have expressed negative reaction after the USA recognized Jerusalem as the capital of Israel. He also insisted on the purchase of S-400 air defense systems from Russia, which was incompatible with Turkey's NATO membership. To crown it all, Trump must have read Erdogan's article in The New York Times, in which the Turkish president issued an ultimatum to Washington.

"Before it is too late, Washington must give up the misguided notion that our relationship can be asymmetrical and come to terms with the fact that Turkey has alternatives. Failure to reverse this trend of unilateralism and disrespect will require us to start looking for new friends and allies," Erdogan wrote in the article.

Erdogan referred to Turkey's experience of resistance from the 1970s, when Turkish troops landed in Cyprus "to prevent massacres of ethnic Turks by the Greek Cypriots despite Washington's objections." The Turkish president also recalled Turkey's recent operations, which resulted in the expulsion of YPG militants from Syria's Afrin.

In response, the USA imposed sanctions on two Turkish politicians and raised duties for imports of Turkish steel and aluminium to 50 and 20 percent respectively causing the Turkish lira to collapse by 30 percent in a week. Ankara responded by imposing export duties on US goods worth $1.8 billion. In return, Washington promised to withdraw Turkey from the program for preferential imports of goods from developing countries to the United States (GSP) by the same amount.

Erdogan has no other tools for showing resistance to the United States. In his most recent speech, he desperately promised to boycott iPhones. Indeed, it is very hard for Turkey to keep things on an even keel. Turkey's debt totals $303 billion while the gold reserves of the country make up $21 billion. The budget deficit nears 50 billion liras, the inflation rate is 15.8 percent, and the level of unemployment - 11 percent, according to TR724. Erdogan swears that the Central Bank of Turkey will not raise the key rate, he urges people to rush to exchange their dollars for Turkish liras to help the nation preserve sovereignty.

On Saturday, August 11, Erdogan stated that Turkey was ready to abandon the dollar in payments with major trading partners such as China, Russia, Iran and Ukraine. He added that Turkey would be willing to switch to euro in settlements with European countries.

Perhaps Ankara will respond asymmetrically. Turkey can in particular close the Incirlik air base for the United States, withdraw US nuclear weapons from Turkey and cut fees to NATO. Erdogan can also remove the US from the province of Idlib in Syria and build even more close cooperation with Moscow and Tehran (all three countries remain under Washington's sanctions). In general, Erdogan can work to undermine the confidence of world players in the United States as a reliable political and trade partner.

Most likely, though, Erdogan will capitulate over his inability to withstand the pressure. He has already had such an experience with Russia after the Su-24 shootdown incident. The Turkish president is known for his impulsiveness and overestimation of forces. If he keeps his promises and  Turkey increases production by minimizing interest rates, then Russia may learn from its experience.

In fact, the strong dollar is not something that the Trump administration has been striving for. The strong dollar is an obstacle for exports of American goods. When the USA devalues the Turkish lira, the Russian ruble and other currencies of the world, Trump causes damage to US exporters.

Iran, China, Turkey and Russia can win the fight in the economic war, if India joins them to dedollarize international economy. The European Union has already done that: the EU has its reserve currency and its own emission center, but the EU has refused to support USA's sanctions against Iran.