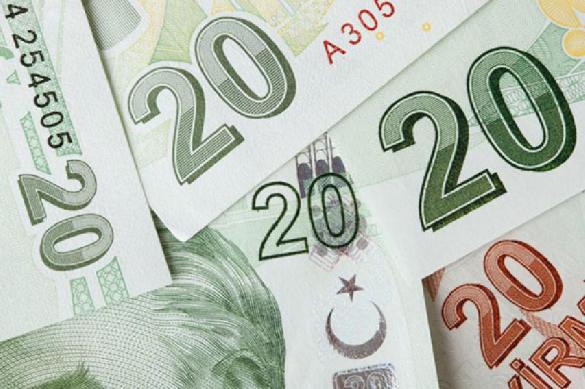 The rate of the Turkish national currency collapsed against the US dollar after US President Donald Trump announced the decision to raise US duties by 50 percent on aluminium and steel from Turkey. Currently, one US dollar is traded at around 6.9 liras, which marked an increase of over 19 percent.

To eliminate the threat to national banks, the Central Bank of Turkey decided to provide financial institutions with necessary liquidity at the expense of its reserves. In addition, the Turkish Central Bank opened an opportunity for banks to receive foreign currency loans for a period of one month. At the same time, the limit of bank guarantees in foreign currency for operations with the Turkish lira was tripled from €7.2 billion to €20 billion. The Central Bank also allowed raising the limit of foreign exchange reserves for private banks set at $50 billion.

The volume of funds allocated to financial institutions as part of the measures to stabilize the market will amount to 10 billion Turkish Lira (about $1.45 billion) - $6 billion in US currency and $3 billion from gold reserves.

The relations between Turkey and the United States continue to worsen. On August 1, Washington  imposed sanctions on two Turkish ministers due to the detention of American pastor Andrew Brunson in Turkey. Turkey accuses the US pastor of involvement in the coup d'état in 2016. In response, Ankara promised to arrest Turkish assets of the heads of the US Justice Department and the Homeland Security Department, should such assets can be found in Turkey.

Following the exchange of tough statements, the White House took economic measures against Turkey and doubled tariffs on aluminum and steel imports from Turkey (20 and 50 percent respectively).