Russian government prepares to get rid of US dollar in economy

Russian Finance Minister Anton Siluanov announced a possible move that Russia can take in response to new US sanctions. The new sanctions, which the US plans to put in effect against Russia on Aug. 22, include the ban on the supplies of dual-use equipment to Russia, restrict the activities of Russian banks, lower the level of diplomatic interaction and even ban the flights of Russia's Aeroflot to the United States. 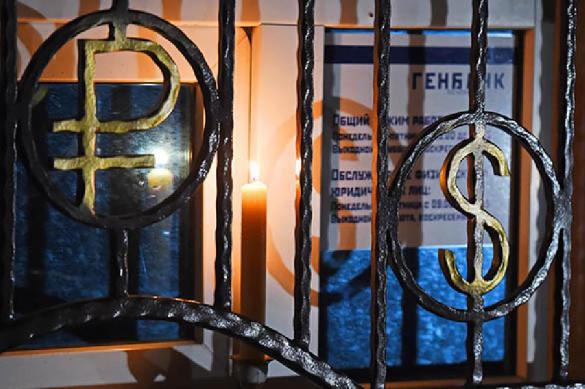 Many experts believe that Russia will choose to get rid of the US dollar in its economy. Finance Minister Anton Siluanov said that the US dollar was an "unreliable currency." "We have significantly cut investing our reserves in US assets. In fact, the dollar, which was considered the world currency, already becomes a risk instrument for settlements," Siluanov said.

The Russian Finance Minister also suggested a solution that may serve as Russia's powerful response to the United States.

"We can fix the dollar equivalent, but receive the euro, other freely convertible currencies, and, eventually, the national currency for oil supplies," Siluanov said adding that Russia may continue reducing its investment in US securities.

The remarks from the Finance Minister triggered many discussions in social media in Russia. Some believe that Mr. Siluanov was talking about the "beginning of the end" of the domestic market, the reintroduction of the planned economy similar to the one that used to exist in the USSR. Others see more reasons for the Russian ruble to decline further against the dollar.

At the same time, the topic of the dollar peg in the Russian economy is not new. When Russian President Putin warned representatives of big business that it was becoming increasingly risky to keep money in foreign accounts and in offshore companies, he spoke about the current situation.

In May of this year, Anton Siluanov also spoke about the need for Russia to move away from the dollar, although those statements did not attract much attention. "The restrictions that American partners impose are of an extraterritorial nature. The willingness of Europe to provide its position to American partners will show whether the euro can replace the dollar in settlements," he said. "If our European partners declare their unequivocal position, we certainly see a way out in using the European settlement unit and European organizations for financial settlements, payments for goods and services that often fall under various restrictions today," he added.

Today, Siluanov continues this line of thinking and sees other currencies that may replace the dollar - the euro, the ruble and the yuan. The minister believes that one should invest less in dollars and use them less to be less dependent on sanctions. Yet, those who prefer to read between the lines are led to believe that the Russian government was going to ban the use of dollars in Russia.

For the time being, Russia's state policy in relation to the US economy eyes further reduction of Russia's investment in US bonds and public debt.