USA and Turkey shred their relationship to pieces

In May of last year, Turkish President Recep Tayyip Erdogan praised his US counterpart Donald Trump when he paid a visit to the States. These days, however, the two leaders blackmail and threaten each other against the background of Erdogan's "perfect" relations with Putin. 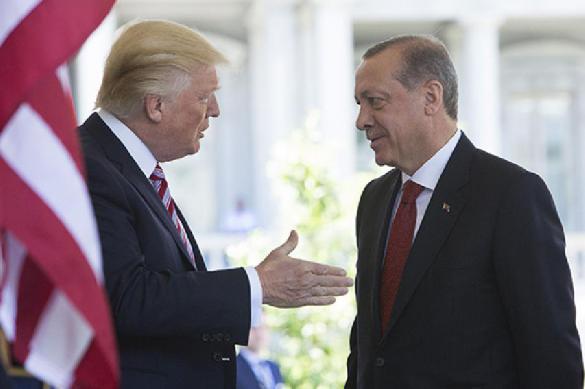 Another reason for the relationship between the USA and Turkey to aggravate was the arrest of US pastor Andrew Brunson in Turkey. The Turkish authorities accuse him of maintaining ties with FETO - a movement of Islamic preacher Fethullah Gülen (banned in Turkey). Turkey claims that the latter was behind the failed military coup in Turkey in July of 2016.

An official representative for the US administration announced that Washington would introduce sanctions against Turkey if the US pastor remained under arrest.

Turkish Foreign Minister Mevlüt Çavuşoğlu immediately responded that no one had the right to dictate to Turkey what to do. "We will never tolerate threats from anyone. Everyone is equal without any exceptions before the law," Çavuşoğlu tweeted.

Interestingly, both Donald Trump and Recep Erdogan have chosen one and the same tactic to increase ratings among their voters: they search for external enemies. Over the past two years, the Turkish leader has managed to blemish his ties with a number of European leaders. Erdogan accused German Chancellor Angela Merkel of using "Nazi methods", branded the Netherlands as the "capital of fascism" and called Israel "the most Zionist and racist country in the world."

Donald Trump tries to keep up with his Turkish counterpart. In March of last year, while meeting  Angela Merkel in the White House, he defiantly refused to shake her hand. In June of 2018, at the G7 summit, Trump took a few candies from his pocket and casually threw them on the table in Merkel's direction.

Trump arranged another scandal at the NATO summit in Brussels in July, where he managed to have a row with Washington's European allies. He claimed that the USA would pull out from NATO if EU states refused to raise their military spending.

On Thursday, July 26, US Congress decided to ban the shipment of F-35 aircraft to Turkey unless  Ankara refused to purchase S-400 anti-aircraft systems from Russia. Turkish Foreign Minister Mevlut Cavusoglu said that his country would not terminate the contract with Russia. "We had been trying to purchase air defense and missile defense systems from the US, but these attempts were never successful, so we accepted the Russian proposal," the Turkish minister explained.

To make matters even worse, the Pentagon started shipping arms to Kurdish rebels in Syria, whom Ankara considers terrorists and separatists. Erdogan said later that Trump "stabbed Turkey in the back."

It is worthy of note that the relations between Washington and Ankara are worsening against the backdrop of improving personal friendship between Recep Erdogan and Vladimir Putin. During the BRICS summit in the capital of South Africa (July 25-27), the leaders of the two countries held a confidential conversation, during which Putin reminded Erdogan of his promise to invite the Russian president to a restaurant. "I accept this invitation, but there's one condition: when you let Russian meat products enter the Turkish market, when the restaurant has our meat dishes, then we'll have a lunch together," Putin said.

Erdogan promised to work on this issue and stated that "the friendly relations between Turkey and Russia cause jealousy in some people." The Turkish president obviously made an allusion to Donald Trump who can see USA's once staunch ally Turkey drifting towards Russia. The White House is particularly concerned about the prospect for Turkey to join the SCO (Shanghai Cooperation Organization,) which is dominated by Washington's main rivals - Russia and China.

Thus, for the first time since Turkey joined NATO in 1952, Ankara has entered a period of deep crisis with the United States. If Erdogan eventually decides to close US Air Force base in the Turkish city of Incirlik, Turkey will cease to play the role of a NATO outpost that borders on the countries of the Middle East and Transcaucasia. 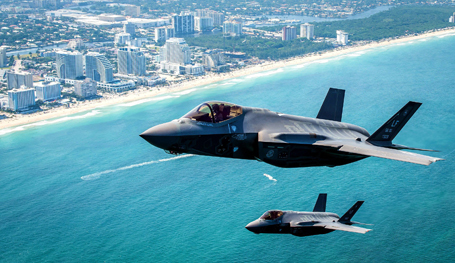