Turkey will buy S-400 from Russia despite threats from USA

Turkish President Tayyip Erdogan said that he would not refuse from the purchase of S-400 Triumf anti-aircraft missile systems from the Russian Federation despite possible sanctions from the United States. 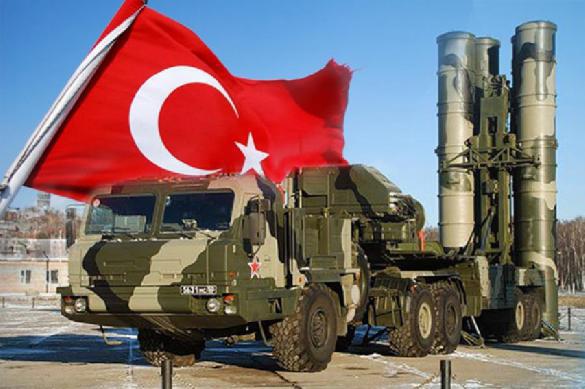 "We are not going to report anything to you. Without any concessions, we will go on the right path to achieve our goals," Erdogan said.

The fact of the negotiations between Turkey and Russia on the purchase of S-400 became known in November 2016. The Russian side confirmed the contract on September 12, 2017. The same day, Turkish President Tayyip Erdogan said that the advance payment on the contract had been made.

Spokesman for the Senate Committee on Foreign Relations Ben Cardin said earlier that the United States could impose sanctions on Turkey if the latter buys S-400 systems from Russia. The senator turned to US Secretary of State Rex Tillerson and Treasury Secretary Stephen Mnuchin to check the contract for its compliance with the US law on tightening the sanctions regime against the Russian Federation.

S-400 Triumf or SA-21 Growler - anti-aircraft weapon system
Author`s name: Editorial Team
World
The Guardian reveals when the West will stab Ukraine in the back