The Greek government has decided to expel two Russian diplomats and deny two other diplomats access to the country. The Greek administration accuses Russia of attempts to interfere in internal affairs of the country and commit unlawful actions against the national security of Greece. 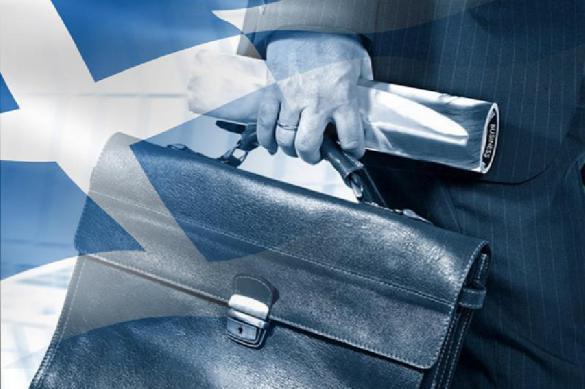 According to Kathimerini publication, Russian diplomats supposedly tried to obtain certain  information and bribe Greek officials, but failed. In addition, Athens has questions to the Imperial Orthodox Palestinian Society.

Viktor Yakovlev, an officer with the Russian diplomatic mission, is one of the diplomats, whom Greece intends to expel, although it remains unknown what position Yakovlev takes.

The latest move of the Greek administration may escalate tensions in the relations between Russia and Greece. The relationship between the two countries, the newspaper said, has been worsening during the recent two years because of Russia's attempts to undermine Greece's national security.

According to high-ranking Greek diplomatic sources, the decision to expel several Russian diplomats from Greece also came in response to Moscow's coordinated efforts to expand Russia's influence in Greece, especially in relation to the activities of the Imperial Orthodox Palestinian Society. At the same time, Greece continues to strive for good relations with Russia, taking every effort to develop friendship between the two peoples. However, as the authorities point out, this can be possible only if the countries respect each other's sovereignty.

It is worthy of note that Greece did not join other European countries when they followed the call from the UK to expel Russian diplomats after the Salisbury incident. Moscow welcomed the decision of the Greek authorities not to fall under the influence of Rossophobic views based on absolutely unfounded accusations.

According to the Kathimerini newspaper, certain circles that promote Russian interests have been trying to interfere in Greece's internal affairs lately. In particular, the newspaper said, they try to bribe municipalities and win (with the help of money) the support of metropolitans of the Greek Orthodox Church in order to gain influence in Athos (the Holy Mountain).

Greek diplomats also point to Russia's attempt to intervene in the conclusion of the agreement between Greece and Macedonia to rename the former Yugoslav republic, thus affecting the role of Greece in the Balkans. In mid-June, it was decided that Macedonia would be renamed as the Republic of Northern Macedonia.

Also read: Russia loses Balkans to its own advantage

Greek diplomatic sources said that the decision to expel Russian diplomats would be limited to only four persons. It was also said that the move would not change Greece's global benevolent strategy towards Russia.

Moscow will respond to the expulsion of Russian diplomats from Greece, the Russian Foreign Ministry said.

"According to the established practice, a mirror response shall follow in such cases," representatives of the ministry told reporters Wednesday.

Officials with the Foreign Intelligence Service of the Russian Federation refrained from commenting on reports of the expulsion of Russian diplomats from Athens.