Putin must sue UK because of Skripal case lies

The OPCW has failed to name both the formula and the country of origin of the substance that poisoned Sergei and Yulia Skripal in Salisbury. Can Russia hold British Foreign Secretary Boris Johnson accountable for libel? 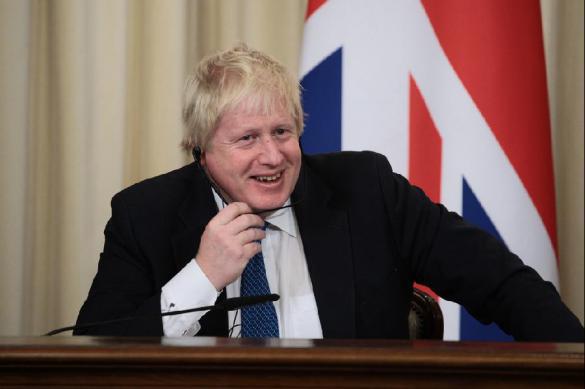 On 18 April, during the second closed meeting of the Organisation for the Prohibition of Chemical Weapons (OPCW) in The Hague, Peter Wilson, the representative of Great Britain at the OPCW, said that the organisation could not determine the country of origin of the substance that poisoned  former Russian spy Sergei Skripal and his daughter in Salisbury.

One should bear in mind the fact that the OPCW has not publicly announced the name of the substance, which the British authorities identified as "Novichok" - a nerve gas that was allegedly developed in the Soviet Union in the 1970s and was at the disposal of Russian special services.

On the basis of the above-mentioned unfounded statements, British Foreign Secretary Boris Johnson accused Russia and her president of involvement in the poisoning of the Skripals, which subsequently resulted in another portion of sanctions from Western countries. The leaders of several other Western countries supported Johnson, having released similar statements.

Swedish Prime Minister, for example, stated that Russia was supposed to explain how a man was nearly murdered with the use of a nerve gas in the UK. "We share the assessment that, clearly, Russia is responsible," Prime Minister of Sweden Stefan Lofven said. Sweden expelled one Russian diplomat in solidarity with the UK.

Can Russia bring Johnson and the Swedish prime minister to trial?

Vladimir Olenchenko, a senior researcher at the Center for European Studies at the Institute of World Economy and International Relations of the Russian Academy of Sciences, told Pravda.Ru that one can raise the issue at an international court and seek compensations."

"It seems to me that our Prosecutor General's Office is on the right track. The Office has published documents where many things don't come together. Those documents support the idea that it is the British authorities that staged the attempted assassination of the former Russian spy. The problem is that the UK does not respond to our requests," the expert told Pravda.Ru.

"We must not let this topic fade away. Russia must raise more and more questions on the subject and ask for answers, attach international attention to the issue," Vladimir Olenchenko said in an interview with Pravda.Ru.

It is worthy of note that there is criminal responsibility for libel in Western countries. In the United States and Great Britain, libel is understood as dissemination of deliberately false information of defamatory nature. Russia needs to prove that London's allegations were based on deliberately false information that shattered the reputation of the Russian president. Why don't  Russian lawyers prepare such a lawsuit on behalf of Putin and sue the UK?

A few days ago, Russian Foreign Minister Sergei Lavrov suggested that Sergei and Yulia Skripal were poisoned with BZ gas, which was not developed in Russia.

According to Lavrov, Russia received the information on the basis of confidentiality. It contains data that the Organization for the Prohibition of Chemical Weapons (OPCW) received from the Center for Radiological and Chemical-Biological Analysis in Switzerland.

"It is only up to the OPCW to comment on the statement, but we can repeat what was said ten days ago: we have no doubt that Porton Down (the British laboratory) identified "Novichok." Their working standards are so strict their conclusions can not be questioned," the Swiss lab tweeted.

At a meeting on Wednesday, April 18, OPCW experts did not confirm the presence of BZ substance in the samples collected in Salisbury.

"The precursor of BZ that is referred to in the public statements, commonly known as 3Q, was contained in the control sample prepared by the OPCW Lab in accordance with the existing quality control procedures. Otherwise it has nothing to do with the samples collected by the OPCW Team in Salisbury. This chemical was reported back to the OPCW by the two designated labs and the findings are duly reflected in the report," the head of the OPCW Ahmet Uzumcu said.

As they say, one barber shaves another gratis.