Only two countries in the world have Novichok nerve agent

There are two countries in the world that currently have Novichok nerve agent - they are Great Britain and the United States of America. This is where one should look for those who poisoned former Russian spy Sergei Skripal and his daughter in Salisbury, military expert Igor Nikulin believes. 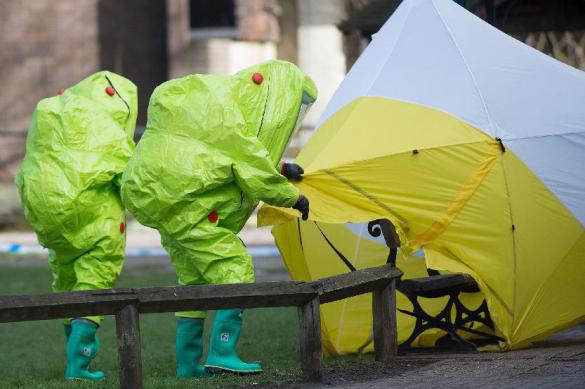 The Executive Committee of the Organization for the Prohibition of Chemical Weapons (OPCW) gathers for a special meeting in connection with the case of Sergei Skripal on April 4. The executive committee includes 41 countries, including Russia and the United Kingdom. Any decision at the meeting is supposed to be approved by two thirds of votes, which, as a rule, is difficult to achieve.

The OPCW sent an answer to Moscow's questions about the Skripal case. However, the organization answered only one question: "Moscow is studying the answers provided by the OPCW on the Skripal case. The OPCW provided a substantive answer to only one question," a message posted on the Twitter account of the permanent representative office of the Russian Federation to the OPCW said.

Ex-member of the UN Commission on Biological and Chemical Weapons, military expert Igor Nikulin told Pravda.Ru that the OPCW would confirm the conclusions made by British experts from the laboratory in Porton Down. They earlier found that establishing the origin of the nerve agent was impossible.

According to Igor Nikulin, the West will try to "push Russia away from the investigation." The OPCW has already succumbed to Western pressure before on Syria and several other episodes, the expert said adding that it will be up to Russia's permanent representative to the organization to take the blow and respond accordingly.

According to Igor Nikulin, there are two countries in the world that highly likely have Novichok nerve agent at their disposal at the moment. They are Great Britain and the United States. "They've been working with it for about 20 years. They have tested it on guinea pigs, and now they apparently decided to test it on humans, and Skripal, an unwanted man, came in handy," the expert told Pravda.Ru.

Over the past decade, the US has spent tens of billions of dollars and has created more than 400 laboratories around the world, in which new types of biological weapons and vaccines are being developed. About 40 laboratories are located in the countries of the former USSR - Ukraine, Moldova, Georgia, Armenia, Azerbaijan, Uzbekistan, Kyrgyzstan and Kazakhstan.

On April 3, Gary Aitkenhead, the chief executive of the government's Defence Science and Technology Laboratory,  said that his employees failed to prove that the substance used to poison former Russian double agent Sergei Skripal and his daughter was produced in Russia.