On March 8, 2018, US President Donald Trump launched a global trade war, when he announced that the US would raise customs duties on imported steel by 25 percent, and on imported aluminum - by ten percent. 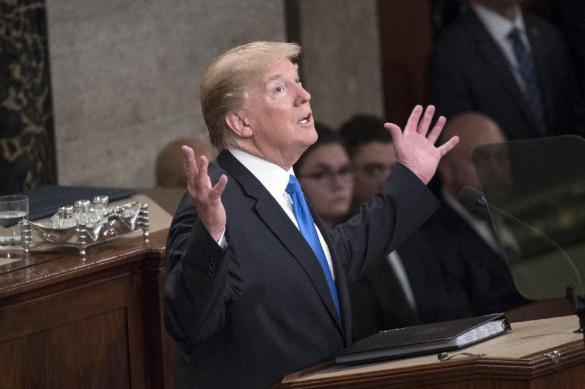 China paid attention to the fact that the US also announced the results of the investigation under Article 301 of the 1974 Merchant Act, whereas Washington also threatened to introduce import duties in the industries related to Chinese Production 2025 program. The situation has plunged the world into the tense atmosphere of a trade war, the People's Daily newspaper wrote. Europe is also unhappy and threatens the US with protectionist retaliation.

Formally, the WTO allows the introduction of such duties under certain circumstances, for example, for a country that "unfairly" subsidises its exports or sets higher prices on certain goods on the domestic market , selling them at a cheaper price for export.

However, Trump did not resort to WTO provisions to raise duties. Instead, he referred to the rarely used "national security" concept in accordance with US law, although a similar clause exists within WTO rules. Under security considerations of the General Agreement on Tariffs and Trade (GATT) nothing in the agreement should prevent the country from protecting "essential interests of its security."

However, it is difficult to define what specifically constitutes the concept of "national security" in this context. To ensure defense capability for any sufficiently large country, one shall provide for the existence of stable supplies of a large number of goods, including such goods as steel and aluminum. However, with such an understanding of "national security" in mind, one can cease imports of any product from any country.

Well-known Indian economist Prabhat Patnaik noted that the "global free trade regime," which the US and Europe have been building meticulously together up to this moment, did not mean "free trade" as such. The notion of the global free trade regime integrated the system of discrimination against third world countries, which was clearly visible, for example, with regard to agricultural subsidies in Western countries.

Nevertheless, the United States now undermines even the pseudo-free trade regime, the goal of which is to serve interests of the economies of developed countries. The latest moves of the Trump administration in relation to China, Patnaik notes, point out to the scale of the world crisis of capitalism. According to People's Daily, the competition between China and the US in the scientific and technical sphere is based on three aspects: domestic markets, key technologies and future international trade rules. This basis served as the reason for the current US-Chinese trade war to spark.

Is there economic growth in the US? You can put your boots in the oven, but that does not make them biscuits.

In the United States, experts and mass media have been speaking a lot lately about the rise of the world economy and the US economy in particular. This phenomenon in decision-making is known as the Oedipus effect: the fact of existence and publication of economic forecasts significantly increases the likelihood of their implementation. If one talks a lot about economic growth, then one can delay the onset of the impending crisis.

Patnaik calls into question the officially announced optimistic figures of employment in the United States. Speaking about the record low official unemployment rate in the US of 4.1 percent (lower than it was in early 2008, prior to the global crisis caused by the bankruptcy of Lehmann Brothers), the Indian economist notes that if everything were so rosy, then the Trump administration would have no reason to take protectionist measures.

Indeed, if the labor market is saturated enough, and the unemployment rate is only 4.1 percent, then higher customs duties on raw materials and components will only lead to an increase in prices on products rather than to the growth in national production. Trump will thus have to deal with artificial inflation growth. The fact that the Trump administration resorts to protectionism indicates that the labor market is far from being as good as it is painted.

There is also indirect evidence proving that the situation on the labor market is a lot worse than the US statistics report. One can only look at the level of wages. The labor market is elastic; if the number of workers is not enough, then salaries should grow. Yet, this does not happen in the US, and the unemployment rate of 4.1 percent is misleading, Patnaik believes.

Donald Trump's protectionist policy confirms that the US economy still remains in recession, and an even more terrible crisis becomes a real threat.

Trump's anti-crisis policy and protectionism simply means that a large share of the existing market is reserved for domestic production. In other words, if someone wins something, then someone else should lose the same amount. The aggravation of the crisis is inevitable, because the destructive policy against other countries will trigger retaliation. Other countries will not just sit and watch.