To understand why the French authorities decided to hold ex-president of France Nicolas Sarkozy accountable for his election campaign of the past, one must try to find out who profits from finishing off with the "dead" politician from a ruined party? The answer to this question lies in the fate of over ten billion euros from Libya's accounts that the UN ordered to freeze in 2011. 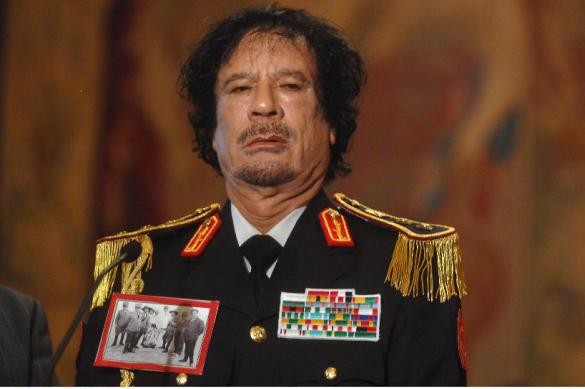 The money disappeared from the accounts at Euroclear Bank in Belgium in 2013-2017, the Belgian weekly Le Vif reported on March 20. There were just over five billion euros left on four accounts. At the same time, according to the Ministry of Finance, Belgium did not make decisions to unfreeze those assets.

No one knows the amount of the Libyan assets that was frozen in 2011. Sarkozy said that as many as 63 countries took part in the plundering of Libya. In the USA  alone, Goldman Sachs, Citigroup, JPMorgan Chase and Carlyle Group froze 34 billion dollars, according to the AP. The money was placed on deposits, invested in shares and was bringing profit, but it disappeared anyway. In 2016, the UN Security Council rejected Libya's request to let the country manage frozen accounts and assets. Most likely, there is nothing to unfreeze.

Why Sarkozy is facing jail

Coincidence or not, it was immediately after the leak from Le Vif when Sarkozy was detained and charged with obtaining 50 million euros from the Libyan leader to illegally finance his 2007 election campaign.

It would seem that the ex-president has been stymied by numerous investigations, his political career is over, and the trial over him can only cause damage to the reputation of France. Why would the French authorities want to put him in jail with a specific term of up to ten years? What if Sarkozy, considering the material difficulties of his "Republicans" party (he lost both presidential and parliamentary elections), decided to take a slice of the sweet pie of frozen Libyan assets?

Sarkozy's arrest made it clear that he should not open his mouth for that pie. In addition, it is very tempting for President Macron to make Sarkozy responsible both for the collapse of Libya and the influx of refugees to Europe. Yet, why would Sarkozy kill the golden goose?

It was France that unleashed the war against Libya before the United Kingdom and the United States supported it. The reasons for the aggression can be found in the leaked correspondence of Sidney Blumenthal and then-Secretary of State Hillary Clinton. According to the US officials, Gaddafi's long-term plan was to replace France as the dominant power in West Africa.

It turns out that Gaddafi had saved 143 tons of gold and about the same amount of silver that he intended to use to form a Pan-African currency based on the Libyan gold dinar. As Blumenthal wrote, the plan was to offer French-speaking African countries an alternative to the CFA franc. That was one of the factors that pushed then-President Sarkozy towards a decision to launch military operations in Libya. Noteworthy, the CFA franc was pegged to the French franc.

Of course, Sarkozy could not lose such a lever of control of ex-colonies. Most likely he had discussed the freezing of Libya's assets with allies. Western countries thus obtained nearly $60 billion and the control over Libya's oil deposits.

There are several lessons that Russia needs to learn from this story. The first lesson is for president. Gaddafi had been demonised for long before the West destroyed him and plundered Libya's wealth. What was the need to explode the Pan American Boeing over Scotland? What was the point to explode another Boeing over the Donbass? In both cases, it was the president was accused of the crime. All high-profile terrorist attacks that the West was ascribing to Gaddafi had never been proved, even though he had paid generous compensations to victims to avoid sanctions. This is how the West behaves now with the Russian president.

The second lesson is for people. What did the Libyans need if their incomes during the Gaddafi era exceeded those of most Russian people twice? They wanted what Russian liberals have been up to recently - to topple the "dictator" and everything else can go to hell.

The third lesson is for everyone who "keeps money." One should not keep money in Western banks, no matter whether it is the money of private investors or national reserves. The West will not hesitate to freeze those assets disregarding all sorts of international norms.