"Saudi Arabia is the oldest US ally in the Middle East, our relationship has a history of 80 years," Crown Prince of Saudi Arabia, 33-year-old Mohammed bin Salman, told CBS on the eve of his three-day visit to the United States that began on March 19. The interview came as an attempt to restore confidence in Saudi Arabia's relations with the United States, which was undermined in the fall of 2016 after the arrival of Donald Trump to power. 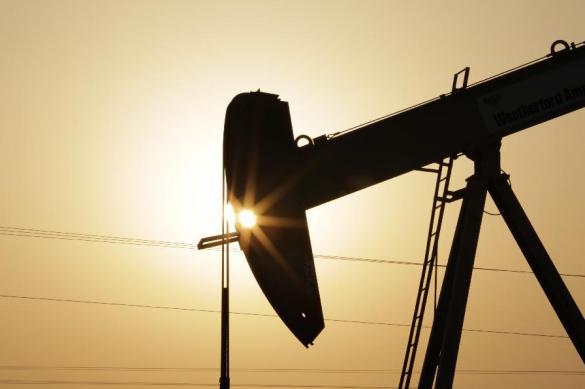 In 2016, during his election campaign, Trump shocked the royal family of Riyadh by saying that the United States would stop importing oil from Saudi Arabia. He fulfilled his threat: in September 2017, the volume of daily imports of Saudi oil to the US fell to 525,000 barrels of oil - three times as less than in 2007.

The Saudi royal family took serious offence at Trump, and right after his victory in the US presidential election, Saudi Arabia accepted OPEC's proposal to reduce quotas for oil production - for the first time since 2008. The move marked the end of Barack Obama's secret collusion with the Saudi king concluded during his visit to Riyadh in April 2014, one month after the Crimean referendum on the reunification with Russia.

According to Western media, after Obama's visit to Saudi Arabia, the latter flooded the world market with oil and forced Brent oil prices to collapse from $115 per barrel in mid-2014 to $59 by the end of the same year. Against the backdrop of this dramatic decline, the value of the US dollar against the Russian ruble doubled from 32 rubles in early 2014 to 64 rubles per dollar in mid-December 2014.

The White House was happy with all that, but Trump's unexpected victory disrupted secret plans of the CIA to recreate another default in Russia, similarly to the one that shocked Russia in 1998.

Saudi Arabia turned away from Trump towards Russia and agreed to reduce quotas for oil production. In April 2017, Federation Council Speaker Valentina Matvienko paid a visit to Riyadh, fascinated the royal dynasty and persuaded to deepen relations with Moscow both in the energy sector and in the military-technical sphere.

Afterwards, in October 2017, Saudi King Salman Ben Abdel Aziz Al Saud became the first of the kings of Saudi Arabia to have paid a state visit to Moscow. Washington began to panic, because the rapprochement between Moscow and Riyadh indicated the failure of Trump's policy in the Persian Gulf.

However, Saudi Prince Mohammed, having taken advantage of the serious illness of the 82-year-old king, took the reins of power in his own hands. The Crown Prince decided to restore the former allied relations with the United States. He came to Washington for the purpose.

The visit is taking place against the backdrop of unprecedented aggravation of US-Russian relations, and the White House would like to renegotiate the 2014 oil agreement with Riyadh. Saudi Arabia will not take this up now: the deficit of its budget in 2017 reached an astronomical level of $86 billion, and another collapse in oil prices could take the national economy to default.

However, the Saudis, experts suggest, may withdraw from the agreement with OPEC on lowering production quotas to resist the growing competition with US shale raw materials. After all, by the end of this year, the volume of oil production in the United States will reach 10.2 million barrels per day, which will make the US the world leader in oil production and force oil prices to decline gradually.

Trump expects to bribe the young crown prince with a tempting offer: Washington will allocate $110 billion to Riyadh for the army modernisation program in return to a joint geopolitical strategy to turn oil into a weapon against Russia.

The Trump administration would like to follow into the footsteps of Ronald Reagan, who had ruined the treasury of the Soviet Union with the help of two powerful moves. After Yuri Andropov came to power in 1982, Reagan strengthened the arms race and frightened the Kremlin with so-called "star wars" causing Andropov to order a sharp increase in the military budget. Additionally, Reagan entered into an oil conspiracy with Saudi Arabia and crushed global oil prices dramatically. In 1991, the state treasury of the USSR was emptied, and the country disintegrated.