What will Donald Trump do to Barack Obama's legacy?

The world continues to predict the future of the US foreign policy with Donald Trump's arrival in the White House. What is in store for the Middle East? What will Trump do to the heavy legacy of Barack Obama? Will the USA change its struggle against the Islamic State? How will the new US administration build relations with traditional allies, such as Israel and Saudi Arabia? Pravda.Ru conducted an interview on the subject with senior teacher at the School of Oriental Studies of the Higher School of Economics, Andrei Chuprygin. 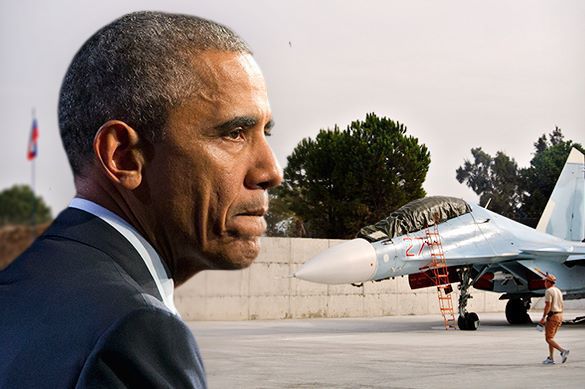 "The Obama administration is leaving a heavy legacy for Donald Trump. The USA is currently involved in several wars at once. The United States ruined its relations with longtime allies in the Middle East, including Saudi Arabia and Israel. Do you think Trump will change the US policy in the Middle East?"

"Donald Trump is a completely different person, who will most likely be building his policies on the basis of pragmatic considerations, including in the Middle East. Of course, it will be very difficult to find a solution to many crises in the Middle East - this is a very hard nut to crack for anyone."

"Obama set a goal to a number of Arab countries to show resistance to Iran independently. He said that it was up to Saudi Arabia and Iran to find a common language. The USA has thus refused from guaranteeing security to Saudi Arabia, although the USA was traditionally providing it before."

"I do not think that Trump will change anything at this point, because this choice comes consistent with the current interests of the USA. It is about time the USA should leave the Middle East, because this region has become a quagmire for the country.

"All of the "wonderful" endeavors - the liberalization of Libya, the liberation of Iraq, the democratization of Syria - have had not just a sad, but downright catastrophic ending. To make matters worse, the USA has not given a good thought to the move to lift sanctions from Iran, although there were a few countries involved in the initiative, including Russia."

"Indeed, the Americans have not taken account of all nuances, such as, for example, reactions from Saudi Arabia. Do you think Saudi Arabia can withdraw its assets from the USA?"

"I would not say that the Americans have Saudi Arabia in their pocket. Saudi Arabia is an independent state that has its own strategic interests. It is an open secret that there are no friends in politics - there are only temporal allies.

"Saudi Arabia, especially with the coming of the new king and young policy-makers to power, has been taking independent steps in the field of foreign politics. They may not be always successful, but they are independent steps.

"What can Trump do to fight the Islamic State terrorist organization (banned in Russia)? Can he build an alliance with Russia for the purpose?"

"We do not know what Obama will do in the Middle East before January 20, when Trump takes office officially. It is not ruled out that the outgoing president may make thoughtless decisions. Trump said during his campaign that he was not interested in Bashar Assad - he was interested in the destruction of the Islamic State.

The establishment, of course, will put pressure on him. If Trump has enough strength to step on this path, then the situation in Iraq and in Syria will change dramatically. To be able to destroy ISIL, Trump will have only one way to go - to negotiate and cooperate with Russia."