Russia and UK on the verge of war

British Prime Minister Theresa May, speaking before the parliament on Monday, accused Russia of attempted assassination of former colonel of the Central Intelligence Directorate (known for the Russian initials as GRU), Sergei Skripal and his daughter Yulia. 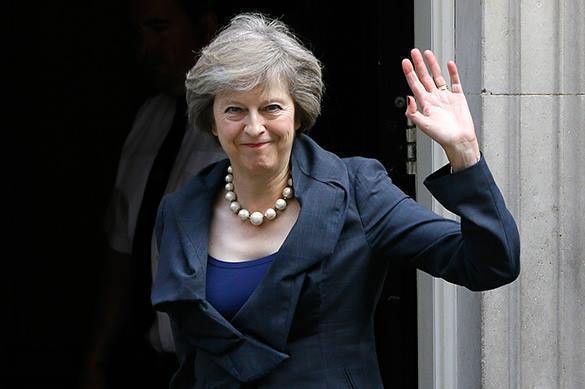 According to May, experts at the defence science and technical laboratory in Porton Down identified the poison as a combat nerve agent of the "Novichok" class that Russia can allegedly develop to this day. May also said that the British authorities assume that Russia sees certain defectors as "justified targets for murder."

May emphasised that Russia would have time till Tuesday evening to provide detailed and compelling explanations, otherwise London will regard the incident as a military aggression against the United Kingdom.

What Moscow has to say in response

The accusations against Russia of the poisoning of former GRU colonel Sergey Skripal and his daughter Yulia in Britain are provocative in nature and are aimed, in particular, to undermine confidence in Russia as the host of the World Cup 2018, a message posted on the website of the Russian Foreign Ministry said.

"We have repeatedly warned before that on the eve of the World Cup in Russia, Western media would launch a full-scale media campaign to discredit Russia as the host of the sports event."

"As we expected, the British are particularly active. They can not forgive Russia for the fact that it was our country that got the right to host the 2018 World Cup." The British media call the general public to boycott the upcoming World Cup, and such suggestions come not only from journalists, but also from officials, particularly from Foreign Minister Boris Johnson and Chairman of the Committee on Foreign Affairs of the House of Commons, Tom Tugendhat. All this is based on the poisoning of Skripal, even though the investigation into the incident has not even started yet," representatives for the Russian Foreign Ministry said.

"This, however, has not stopped British politicians from concluding that Russia was involved in the case, but they want to punish Russia now, by, for example, refusing to go to the World Cup. At the same time, though, they have not decided who should boycott the event - whether it should be members of the royal family, officials or the national football team of England? We want to say it again that such bogus stories that flame anti-Russian hysteria can only complicate the relations between our countries and cause damage to the world of sports," Russian officials also said.

Maria Zakharova, an official spokesperson for the Russian Foreign Ministry, said that Theresa May's speech at the parliament was a circus show.

"This is a circus show at the British parliament. The conclusion is obvious: another media and political campaign based on provocation. Before they tell new fairytales, let someone in the kingdom report about the outcomes of the old ones - about Litvinenko, Berezovsky, Perepilichny and many others, who died mysterious deaths in Britain. The Grimpen Mire still has many secrets untold," Zakharova said.

A member of the Federation Council, a veteran of the Foreign Intelligence Service, Igor Morozov, did not rule out the severance of diplomatic relations between Russia and the UK.

"There are few precedents of similar political pressure and blackmail, and all of them ended with either termination of diplomatic ties or their restriction in the form of recall of ambassadors," Morozov said, RIA Novosti reports.

"The British should know that they will come across a very tough response from Russia, and our position will be restrained, adequate, but tough. We will see what the London move will be before we respond to this challenge accordingly," the senator said.

What did Washington say on the subject?

White House spokeswoman Sarah Sanders did not answer a question about Russia's alleged involvement in the poisoning of Sergei Skripal and his daughter Yulia in the UK. She only said that Britain was investigating the incident, which Sanders called "reckless." "The attack was reckless, indiscriminate, and irresponsible," Sanders said at the daily White House press briefing.

On March 4, former Colonel GRU Sergei Skripal and his daughter Yulia were hospitalised in critical condition in the city of Salisbury. Skripal was granted asylum in Britain after Russia and the UK exchanged intelligence officers in 2010.

It is worthy of note that the leaders of the intelligence services stick to the unwritten code of immunity in relation to disclosed agents's family members.

Nikolai Kovalev, former chief of the Federal Security Bureau, said that there are such verbal agreements and unwritten laws that virtually all intelligence services of the world follow indeed.

"Intelligence officer's family is inviolable, because if one starts acting through one's wife or children, this process will become irreversible and it can turn into blood feud," Kovalev said. The same principles apply to the agents who have been exchanged, Kovalev added.

"Sergei Skripal was convicted 12 years ago, and it just so happens that Russia had to wait for 12 years to do it on the eve of the presidential election. Turn the logic on, guys. In this case, the logic is simply missing," said Kovalev.

Russia and UK on verge of war because of Theresa May's circus show
18:48
Bloomberg: Ukraine faces serious problems with the payment of external debt
17:52
Expert: UK and US tricked Poland with weapon supplies
17:21
Political scientist: NATO summit shows nuclear war is practically unavoidable
17:05
Mirror: Putin's warnings about Sarmat are not exaggerated
16:38
Russian Defense Ministry reveals where Ukrainian army suffers greatest losses
16:24
Relations between Russia and Japan tumble down to zero
16:02
Expert explains why Russia withdraws troops from Snake Island
15:58
DPR may not execute British mercenaries
15:55
ASOS in its latest update mocks Russians because of the sanctions
15:23
Finnish FM: Trust between Moscow and the EU will be restored
Columnists
Freedom of choice in Italy at the time of Covid