Sergei Skripal, an ex-colonel of the GRU (Russia's Central Intelligence Directorate), convicted in Russia for state treason, had requested police assistance in London before he was poisoned. The colonel feared for his life. 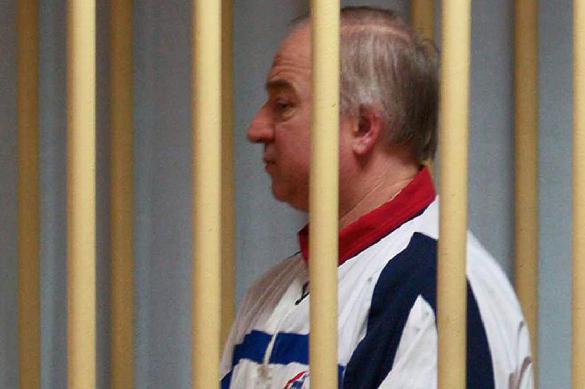 According to The Telegraph, Zizzi restaurant in the centre of Salisbury was closed after the incident. The local authorities issued a statement that there was currently no health hazard to residents in the town. Nevertheless, local residents were recommended to seek medical assistance should they feel signs of malaise.

Sergei Skripal and the woman, who was having lunch with him at the above-mentioned restaurant, remain in critical condition. The woman was later identified as Skripal's 33-year-old daughter Yulia. It has not been reported yet what kind of substance Skripal and his daughter were poisoned with. Most likely, it was fentanyl - a synthetic substance, the biological effect of which on a person is close to heroin.

Skripal and his daughter were found unconscious on a bench not far from The Maltings - a shopping centre in Salisbury. It was reported that the woman was leaning on the man and looked as if she had died. The man was making strange movements with his hands while looking up in the sky.

Sergei Skripal was convicted in Russia for espionage. In 2010, he was pardoned by President Dmitry Medvedev and granted asylum in the UK.

According to Russian President Vladimir Putin, a traitor has to hide all his life without being able to talk to his loved ones.  "The person who chooses this life will regret it a thousand times. Traitors end up either with drunkenness, or drugs - in a ditch."

The Kremlin officially announced that it had no information about the causes of the incident that occurred to former GRU officer Sergei Skripal.

"We do not have information about the reasons that could cause that, what the person was doing and what it could be connected to. You know how he came to be in the West, I will not repeat this. The Kremlin is not surprised at the appearance of opinions abroad about the involvement of Russian citizens in his poisoning," Putin's official spokesman Dmitry Peskov said.

Former chief of the Department for the Government Information of the Russian Federation, FSB Major-General Alexander Mikhailov, told Pravda.Ru that traitors always suffer from a complicated  psychological condition that they have to live with. "They suspect and expect something all the time," he said.

According to news reports, Skripal was taking fentanyl - a sedative anesthetic drug with narcotic components that blocks pain and produces a soothing effect on a person. "Skripal was in a stressful state for a long time and he could miscalculate his dose, although we do not know, of course, whether it happened deliberately or unintentionally," Alexander Mikhailov told Pravda.Ru.

Skripal did not does not pose any threat to the Russian Federation because everything has changed. He was of no interest to the UK either, the expert added.

It is worthy of note that the poisoning of former FSB spy Alexander Litvinenko was presented in the West as an act of revenge of Russia's special services for disclosing "Putin's ties with the mafia." On the threshold of the presidential election in Russia, the case of Sergei Skripal could be used for a similar purpose.

Reference: Sergei Skripal began working for the United Kingdom's MI6 intelligence agency in the late 1990s, while serving in the Russian Ground Forces. He was reportedly paid a large sum of money for giving away the identities of a number of Russian agents. In December 2004, Skripal was arrested. He was charged with "high treason in the form of espionage", and was convicted. Prosecutors initially argued for fifteen years in prison - Skripal was eventually sentenced to thirteen, in recognition of his poor health and the fact that he co-operated with investigators. The affair was not revealed to the public until after he was sentenced in August 2006. Skripal's lawyers have appealed the sentence

In June 2016, former FSB officer and employee of the External Relations Department of the Russian Orthodox Church, Yevgeny Petrin, was sentenced to 12 years in prison for passing strategic intelligence information to US intelligence services. According to the lawyer, Petrin was accused of transmitting information about the division of the FSB in which he had worked from 2013 to 2014. Petron did not plead guilty. In a letter to the president, Petrin said that he had uncovered a "network of moles" in the Moscow Patriarchate, which was supposedly working to split the Church.

In 2012, professor of the Baltic State Technical University, Yevgeny Afanasyev, was sentenced to 12.5 years in prison. He was found guilty of delivering information about the Bulava missile to China with the assistance of another professor, Sviatoslav Bobyshev. In April 2015, Afanasyev died in a colony from a heart attack.

In 2010, Colonel of the Russian Foreign Intelligence Service Alexander Poteyev, fled to the United States. In November 2011, a Russian court convicted him of treason and desertion in absentia and sentenced him to 25 years in prison. Poteyev was involved in the disclosure of a group of Russian spies that included Anna Chapman. In July 2016, it was reported that Poteyev died.

In May 2010, an employee of one of the closed Russian research institutes, Gennady Sipachev, was sentenced to four years in prison. According to investigators, he handed over secret maps of the General Staff to the USA. The court found that the materials transmitted to the USA could be used to correct the guidance of cruise missiles. The defendant pleaded guilty and cooperated with the investigation; his sentence was mitigated.

In the early 2000s, former FSB officer Alexander Litvinenko fled to the UK. Litvinenko had repeatedly criticised the work of Russian special services and the Russian authorities. Litvinenko died in London in November 2006 due to poisoning with radioactive polonium. In 2012, British media reported that the deceased collaborated with British and Spanish intelligence services.

In June 2002, the Moscow City Court sentenced Oleg Kalugin, a former Major-General of the KGB to 15 years in prison for high treason. In the mid-1990s, Kalugin left Russia. In June 2001, when in the United States, he testified against George Trofimoff, who was accused of spying for Russia. Later, Kalugin received US citizenship; he still resides in the USA, where he is a member of the advisory council of the International Spy Museum in Washington.

In 2000, a former employee of the Foreign Intelligence Service, Sergey Tretyakov, was exposed. Tretyakov had served for five years as deputy head of the Russian reconnaissance mission to the United Nations. Tretyakov had also spied for the USA s, where he and his family were granted asylum. The former double agent died in 2010 - at the peak of the largest spy scandal in the US-Russian relations, when eleven US-based agents were accused of collaborating with the External Intelligence Service. It was reported that Tretyakov allegedly ratted them out and was punished. However, a forensic examination established that that he had died by choking on a piece of meat.