Between the rubble of Syria's war, both physical and political, many certainties have collapsed, but new alliances have emerged, more or less clear from the outset, and that the war, cleansing everything from a hypocrisy, finally unveiled. 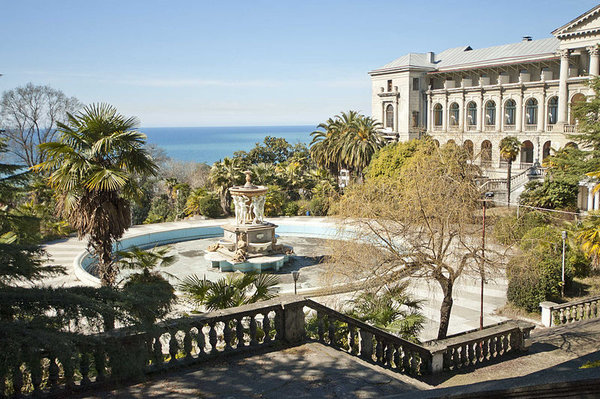 The war against the Islamic State, united inextricably with the war to keep Assad in power against rebellions linked to Islamic terrorism, has torn down the papers of the Middle East, bringing to light two geopolitical blocks. A first block is that of Iran and Russia, to which Turkey is added. There is no doubt about a heterogeneous blockade where, while Tehran and Moscow are long-standing allies of Damascus, Ankara appears instead as the prodigal son who has understood his mistakes after attempting to overthrow Assad and obtain more possible benefits. This does not mean that Erdogan still has no interest in weaving his neo-Ottoman plots even in anti-Syrian terms, this is clear, but it is also true that for his Turkey is more useful today weaving ties to the Kremlin and the ayatollah rather than with those who financed and supported the Kurds. The second block is in fact that made, even here very heterogeneously, by the United States and Western allies (especially the United Kingdom) and Saudi Arabia, with Israel being involved, albeit formally alien.

The birth of these two blocks, sealed by the Syrian conflict, has become basically the architrave of the entire Middle Eastern structure. Today, it is unlikely that the states belonging to these two blocs have different positions with their peers over other crises across the region. From that of Qatar, Yemen, Lebanon, all of them are fairly converging with the allies of the Syrian front. And this makes it once again clear how this region of the world is a complex system of alliances and games where every crisis is indissolubly linked to another. And this will be the key to understanding the resolution of the war in Syria, with the two blocks now formed and which will face next round of the Geneva talks of 28 November. For this very reason, representatives of Iran, Russia and Turkey will meet six days before the Geneva summit to decide on a common line to address the Swiss meeting. Rohani, Putin and Erdogan will meet in Sochi on the Black Sea, a privileged location by Russian President for meetings with other leaders on the planet. The meeting will obviously have the objective of reaching a proposal that is shared by the three states (including Syria) and that it is mainly shared on the other side. Because it is true that in a negotiation one must impose its own line, but it is equally true that in a negotiation, to gain some advantage, it is also necessary to lose something.

In this game of alliances and "do ut des" unavoidable, for now Iran and Russia have gained more than others. Assad remained in command, the Caliphate, as a territorial entity, has disappeared, and both States have obtained what they wanted in Syria and the Middle East by re-compiling their alliances. But it is clear that their victory is a problem for all those who make up the opposite front. Turkey has decided to change partners of war only for pure utilitarianism. Its began by supporting the rebellions in northern Syria and the jihadists simply to gain territorial and hegemonic advantages. Then he [Erdogan] noted that the United States did not really do their best, supporting the Kurds - the true enemy of Erdogan - and he decided to change the front, to take the support off to the jihadists, to stop the supply networks that enriched the Islamic State and he embarked on Moscow's path. And for now he's getting exactly what he wanted with the end of autonomous dreams in Kurdistan.

As for the American-Saudi block, it is clear that the de-escalation zones decided on Astana and certified by Putin's handshake and Trump in Germany were a diplomatic defeat of no small note. The plans of Riyadh and Washington were many others and Israel has always considered a strong threat to this predisposition of de-escalation areas in which Iranian, Hezbollah and Syrian troops could circulate freely with the shield of the Moscow armed forces. The swearing in the Saudi court could change something, so that Saudi Arabia may be expected to appear at Geneva talks on November 28th with a new monarch, that bin-Salman who is looking forward to adjusting accounts with Iran and has strengthened ties with Israel and the United States. Peace in Syria could be decided in Geneva, but there could also be completely useless peace talks if, as it seems, in Lebanon the situation would be the beginning of a war. It is impossible to predict the consequences of the fragile peace in Syria in the case of a war between Israel and Hezbollah, but the fact is that in Switzerland the two realities will not be discussed separately. It will be interesting to see in which of the two crises concessions will come to reach an agreement.