North Korea and the legal issue

What is the legal question covering the nuclear weapons program and missile testing in the Democratic People's Republic of Korea, otherwise known as North Korea? According to the USA, Pyongyang is violating international law and its nuclear and missiles programs are illegal. But is this the case? 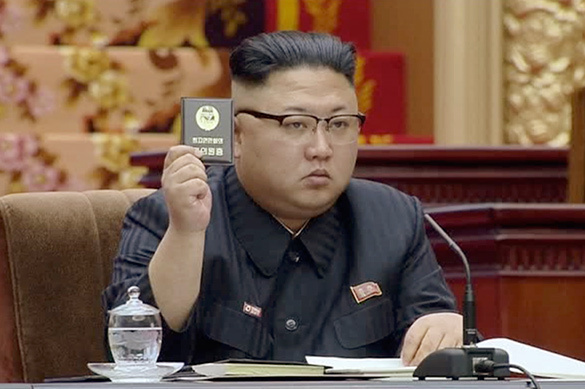 For a start, let me quote myself back in 2002 on the eve of the greatest travesty of justice and breach of international law the world had seen for many decades, namely the illegal invasion of Iraq by the United States of America, its Poodle-in-Chief the United Kingdom and a handful of other states eager to get a pat on the back from their Transatlantic Master. Just before Iraq was invaded, I wrote private and open letters to the President of the USA at the time, George Bush, and the Prime Minister of the UK, Tony Blair, urging them to work within the framework of international law, namely the United Nations Security Council (UNSC).

The UNSC cannot be used by Washington and its Poodles

In deriding this institution, whose decisions, under the framework of the United Nations Charter, are legally binding and which shape international law, in attacking Iraq outside its auspices, in refusing to consult with or obey the norms of the UNSC, Washington and London, as I said at the time, could never, ever again use the UNSC and its deliberations as an excuse, reason or foundation for policymaking.

If these countries do not respect the UNSC, why should anyone else? So for a start, let us rule out the UNSC in the legal question governing the DPR Korea. So what else do we have?

Treaties and the verdicts

The Partial Test Ban Treaty (PTBT) bans nuclear tests in the atmosphere, outer space and under water. However, the DPR Korea is not a party to this treaty. Neither is underground testing banned under the treaty, unless radiation is released into the atmosphere. Verdict: Not guilty.

The CTBT, or Comprehensive Test Ban Treaty (1996) is not in force and the DPR Korea is not a party to this treaty. Verdict: Not guilty.

The DPR Korea did sign the Nuclear Non-Proliferation Treaty (NPT) in 1985. This treaty expressly bans the manufacture and testing of nuclear devices, under Article II. However, the DPR Korea withdrew from the treaty in 2003, having given notice to the UNSC, as per Article X (I) which allows for member states to withdraw from the treaty. Verdict: Not guilty.

The Nuclear Disarmanent Declaration made by the DPR Korea is taken as some to be legally binding. This statement was made under the fourth round of the Six-Party Talks on the DPRK nuclear weapons program (PR China, Japan, DPR Korea, Russia, Rep. Korea, USA) in 2005. The International Court of Justice has ruled that when states make a declaration of intent, they are legally bound to follow through, setting forth two requirements for the statement to be binding: that it be made publicly and that it be made with intent to be bound.

The declaration by Pyongyang was not a public declaration, but rather, was an affirmation made in provate negotiations with five other nations and secondly, where is the evidence that Pyongyang intended to be bound by circumstances, especially after Iraq and Libya spelled a clear lesson that if you destroy your weapons then you are invaded. Verdict: Not guilty.

Which brings us back to the UNSC Resolutions on the DPR Korea. Verdict: As guilty as any other country which has not respected the UNSC or as innocent as those who do so and claim they acted legally.